When Honesty Is Not Best Politics 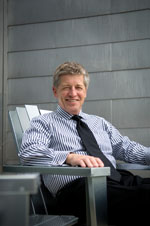 In an April ruling, the Chicago-based 7th U.S. Circuit Court of Appeals overturned the state purchasing agent’s conviction and ordered that she be immediately released from federal custody. United States v. Thompson, No. 06-3676.

“In light of this opinion, I don’t think she’s a fish at all,” says her attorney, Stephen P. Hurley of Madison, Wis.

The government alleged that Thompson, in hopes of pleasing her political-appointee boss, steered a travel contract to a company that contributed to state officials’ political campaigns.

Among the charges was that Thompson deprived the state of Wisconsin of the “intangible right” to her honest services.

That is, said the court, her “duty to implement state law the way the administrative code laid it down.”

The honest-services allegation—which the 7th Circuit labeled “slippery”—has been controversial since Congress wrote it into the federal mail and wire fraud statute in 1988. Prosecutors have wielded it to go after kingpins and small fry alike—from governors and senators on down to state workers like Thompson.

“I think the courts have had some problems with honest services at its outer reaches for some time,” says Charles G. La Bella, a name partner with San Diego’s La Bella & McNamara.

“Judges have been looking for a way to push back because, I think, a lot of them are uncomfortable with it. They all realize it’s gone too far,” says La Bella, former criminal division chief in the San Diego U.S. attorney’s office.

“People give money to politicians for access, and that’s OK. It’s protected by the First Amendment. The question is, when does money for access cross the line?”

Thompson had barely even approached the line, according to the 7th Circuit. Her only “private gain,” if it could be considered that, was a $1,000 raise to her annual salary, said the court. And in government, the court wrote, some decisions are just plain political.

“The idea that it is a federal crime for any official in state or local government to take account of political considerations when deciding how to spend money is preposterous,” Chief Judge Frank Easterbrook wrote for the court.

When Congress added the honest-services clause, it sought to overrule a U.S. Supreme Court decision that the fraud statute didn’t cover “schemes to defraud citizens of their intangible rights to honest and impartial government.” McNally v. United States, 483 U.S. 350 (1987).

At first, the law was “employed for pretty obvious wrongdoing, like bribes, kickbacks, things that when you look at [the conduct] your sense of honesty and public trust are obviously betrayed,” says Hurley, a name partner at Hurley, Burish & Stanton.

LIMITS YET TO BE DETERMINED

But in the early 1990s, he says, federal prosecutors started testing the limits of theft of honest services. And appellate courts have set out to determine where those limits lie.

For example, in 1997 the Boston-based 1st Circuit said government must show that the wrongdoing “is intended to prevent or call into question the proper or impartial performance of the public servant’s of­ficial duties.” United States v. Czubinski, 106 F.3d 1069.

Thompson was indicted in 2006 after the government alleged that she illegally steered a contract to Adelman Travel, whose principal owner made campaign contributions to Wisconsin Gov. Jim Doyle.

Adelman offered the lowest bid during the contracting process, but other members of the selection group felt that the company’s service was poor. Under Wisconsin law, price and service are given different weight in selection processes, and Adelman originally came in second.

Thompson told the selection group that her boss, Patrick J. Farley, administrator of the state’s division of enterprise operations, would be upset if the first-place company got the travel contract because, unlike Adelman, it was not headquartered in Wisconsin. Thompson also offered to change her scores for bidders on other travel contracts if group members would change their scores to give Adelman the contract, which amounted to 40 percent of the state’s $75 million travel budget.

The group rejected that, and other members suggested a rebid. Adel­man reduced its price, which put it in a tie with the previous winner. Thompson, with her supervisor’s consent, declared Adelman the winner, based on a state law that allows weight to be given for items not previously considered.

The government argued that she intentionally misapplied money by diverting the contract. However, Easterbrook wrote, “Approving a payment for goods or services not supplied would be a misapplication, but hiring the low bidder does not sound like a misapplication of funds. The federal government saved money because of Thompson’s decisions.”

Some suggest that U.S. Attorney Steven Biskupic, appointed by Pres­ident Bush in 2002, was politically motivated. Prior to filing charges against Thompson, he reportedly offered leniency if she would implicate Doyle and others in his administration. Doyle is a Demo­crat and Thompson was prosecuted during a heated governor’s race. Biskupic did not respond to an interview request.

“Neither he nor the other assistant U.S. attorneys involved ever said the governor’s name or position aloud,” says Hurley. “What was clear was that they were interested in information about those higher up in the hierarchy of government than she.”

Shortly after the 7th Circuit published Thompson it heard arguments in the appeal of Robert Sorich, a former aide to Chicago Mayor Richard M. Daley. Accused of manipulating city hiring to favor candidates with political connections, Sorich was also convicted of fraud under the honest-services statute.

THE CRIMINAL AND THE POLITICAL

Patrick M. Collins, a former depu­ty chief in the Chicago U.S. attorney’s office who prosecuted Sorich, says the panel asked the parties how narrowly Thompson should be read.

Now a partner in the Chicago office of Seattle-based Perkins Coie, Collins says that Sorich’s alleged behavior was different from Thomp­son’s because there was no criminal intent in her actions.

“I think the court was articulating that there is a bright line between politically motivated decisions and decisions that are criminal,” Collins says of Thompson. “I’m sure the U.S. attorney’s office in Milwaukee would argue that the facts were stronger than they were given credit for, but I think the court was drawing a line, and the conduct presented fell on the political side of the line.”

Others predict that Sorich’s conviction will also be overturned.

“I think it’s in jeopardy, as it probably should be,” says Abbe D. Lowell, a partner in the Washington, D.C., office of McDermott Will & Emery. He represents Paul Minor, a Biloxi, Miss., trial attorney charged with bribing judges. A federal jury acquitted Minor on some of the charges, while hanging on others, in August 2005. Prosecutors reindicted Minor four months later, adding a conspiracy charge to theft of honest services. In March, a jury found Minor guilty of all charges.

Lowell also represents lobbyist Jack Abramoff, who in 2006 pleaded guilty to conspiracy, aiding and abetting honest-services fraud and tax evasion. Federal prosecutors use the law aggressively, Lowell says. “The Justice Department has not relented in being very aggressive, at least while negotiating pleas and investigating, of how far theft of honest services will go,” says Lowell. He predicts that one of the pending appeals will go to the Supreme Court.

“One thing about criminal cases that we always counted on is that people should be given fair notice of when their conduct does and does not violate the law,” he says. “When you start using those rules so broadly, you lose any sense of notice.”

The 7th Circuit expressed similar sentiment. Under the government’s theory in Thompson, Easterbrook wrote, are judges in U.S. District Court committing mail fraud if rulings are reversed on appeal? As public officials they failed to implement the law correctly, and the rulings are delivered by mail.

“How about the thousands of federal officials who contract for everything from pencils to aircraft carriers? … [H]as anyone committed a crime in this sequence, unless he is on the take?” Easterbrook wrote.

In honest-services prosecutions involving huge sums, courts will probably still be willing to say the defendant used his or her position for personal gain, La Bella says.

“But when you’re talking about small projects and small gains, the courts are saying it’s not enough,” he adds. “I think the courts are going to have to draw a bright line, because under the due process clause people are entitled to know what the law is. Right now, it is limited to the creativity of prosecutors.”