When the Truth Can Wait 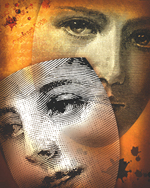 It’s a simple bit of philosophy, but if Don Juan had dealt in jurisprudence rather than shamanism, he would have recognized that the question of whether lawyers may engage in fraud, deceit or misrepresentation—even in pursuit of a worthwhile purpose—has no clear answer.

A good illustration of the dilemma is a case from Oregon that started with Operation Clean Sweep, an undercover government investigation into suspected fraudulent workers’ compensation claims. A lawyer representing several chiropractors who were charged with racketeering and fraud as a result of the investigation wanted to find out whether reports on suspect claims from a medical review firm retained by an insurance company had been prepared by personnel with medical training.

So the lawyer made a couple of telephone calls to find out how the medical review company operated. Both times, the lawyer introduced himself as either a chiropractor or an M.D. interested in working for the company. Based on what he learned from these con­versations, the lawyer filed a federal lawsuit against the medical review company and the insurer, alleging fraud and intentional interference with contractual relations.

But the lawyer—Daniel J. Gatti, a prominent per­sonal injury lawyer in Salem and founding partner of Gatti, Gatti, Maier, Sayer, Thayer & Associates—was slapped with a disciplinary complaint. The grounds were that his phone calls violated various provisions of the Oregon Code of Professional Responsibility prohibiting lawyers from engaging in conduct involving dishonesty, fraud, deceit or misrepresentation, and from knowingly making false statements of law or fact while representing clients. After a disciplinary panel of the Oregon State Bar ruled that Gatti had violated the ethics rules (but that the bar was estopped from prosecuting him), the case went to the state supreme court.

Ruling in In re Gatti, 8 P.3d 966 (2000), the Oregon Su­preme Court affirmed that Gatti had violated the state ethics rules and sanctioned him with a public reprimand.

In doing so, the court re­jected arguments from Gatti and a number of amici in the case—primarily government pros­ecutors and consumer ad­vocates—that an exception to the rules should be recognized in conjunction with investigations into some suspected illegal activities.

Instead, the court held that, since the ethics rules are binding on all members of the bar, there was no basis for recognizing an exception that would allow any lawyer—government or private—to engage in dishonesty, fraud, deceit, misrepresentation or false statements.

The ruling caused an uproar. In the aftermath of Gatti, government lawyers began to question whether they could advise police during sting operations. Law­yers for civil rights organizations did not know whether they could use “testers” to ferret out housing and employment discrimination, and intellectual property lawyers were uncertain whether they were prohibited from using undercover investigations to develop information about the theft of client trade secrets.

Eventually, the Oregon Supreme Court amended the state ethics rules to permit a lawyer to advise and super­vise people who engage in deceit or misrepresentation in the conduct of investigations of violations of civil law, criminal law or constitutional rights if the lawyer “in good faith believes there is a reasonable possibility that unlawful activity has taken place, is taking place or will take place in the foreseeable future.”

But it’s unclear whether the amendments resolved the issue. Sylvia E. Stevens, the Oregon State Bar’s general counsel, says she continues to get questions about the permissible use of undercover investigations, especially from intellectual property lawyers. “It’s hard to know what the rule’s boundaries are,” she says.

It’s a dilemma that reaches beyond Oregon. In re Pautler, 47 P.3d 1175 (2002), involved a Colorado district attorney who impersonated a public defender as a ruse to get a murderer-rapist to surrender to police. The Colo­­rado Supreme Court was unswayed. Finding that there is no “imminent public harm exception” to the ethics principle that a lawyer may not engage in deceptive conduct, the court suspended the lawyer for three months.

Elsewhere, courts and ethics panels have gone the other way. In 1998, for instance, the U.S. District Court in New Jersey found it ethically permissible for civil lawyers to make misrepresentations to uncover evidence of violations of a court order on grounds that doing so was not an ethics breach of “such gravity as to raise questions as to a person’s fitness to be a lawyer.” Apple Corps Ltd. v. International Collectors Society, 15 F. Supp. 2d 456.

The 7th U.S. Circuit Court of Appeals at Chicago held in Richardson v. Howard, 712 F.2d 319 (1983), that the deception used by housing discrimination testers was a relatively small price to pay to defeat racial discrimination. The State Bar of Arizona Committee on the Rules of Professional Conduct also found misrepresentations by testers and attorneys supervising them to be permissible. Arizona Ethics Opinion No. 99-11 (1999).

A key factor appears to be whether a lawyer engaged in some form of deceptive conduct in pursuit of a legitimate public interest, either through a government investigation or a civil legal action.

In its summer 1995 issue, the Georgetown Journal of Legal Ethics published an influential article regarding ABA Model Rule 8.4(c). The authors, David B. Isbell of Covington & Burling in Washington, D.C.—a past chair of the ABA Standing Committee on Ethics and Profes­sional Responsibility—and Lucantonio N. Salvi of Sheppard Mullin Richter & Hampton in D.C., maintained that Rule 8.4(c), prohibiting “conduct involving dishonesty, fraud, deceit or misrepresentation,” is intended to apply “only to conduct of so grave a character as to call into question the lawyer’s fitness to practice law.” The article is titled “Ethical Responsibility of Lawyers for Deception by Undercover Investigators and Discrimination Testers: An Analysis of the Pro­visions Prohibiting Misrepresentation Under the Model Rules of Professional Conduct.”

(The Model Rules are the basis for most state professional ethics rules, which directly govern lawyers.)

Some recent state ethics opinions have adopted that view, although only Alabama and Florida, along with Oregon, have incorporated any specific provisions into their ethics rules that specifically authorize lawyers to engage in any form of misrepresentation.

In a 2004 opinion, for instance, the District of Co­lumbia Bar’s Legal Ethics Committee stated that the application of Rule 8.4 (Misconduct) of the District of Columbia Rules of Professional Conduct should be limited to cases where a lawyer’s conduct indicates that he or she lacks the requisite character required for bar mem­bers. The Ethics Advisory Opinion Committee of the Utah State Bar similarly concluded that a government lawyer who participates in a lawful covert governmental operation that uses dissemblance “does not, without more, violate the Rules of Professional Con­duct.” Opinion 02-05 (2002).

A recent opinion issued by the New York County Lawyers’ Association Committee on Professional Ethics addressed only situations in which private lawyers hire investigators who engage in misrepresentation. In For­mal Opinion 737 (2007), the committee stated that such misrepresentations only may occur in civil rights and trademark/copyright testing cases in which investigators and supervising lawyers are not otherwise violating laws or ethics rules. Although dissemblance is ethically permissible under those “exceptional circumstances,” the opinion cautions that lawyers who supervise investigators employing dissemblance “should interpret these exceptions narrowly.”

The ABA Ethics Committee has not directly addressed the issue. But if and when it does choose to recognize an exception to the current prohibition in the Model Rules against any form of dishonesty, fraud, deceit or misrepresentation, proposing amendments to the rules would be a possible alternative to issuing an opinion interpreting them.

This approach might follow the lead of Alabama, Florida and Oregon. Alabama’s amended rule, for instance, permits a government prosecutor to advise and order “any action that is not prohibited by law” and to have “limited participation in the action.” Florida’s rule permits government lawyers to supervise undercover investigations. Only Oregon’s rule encompasses civil cases as well as government investigations.

Many argue that prohibiting all forms of deceptive con­duct by lawyers goes too far. Amending the ABA Model Rules to permit limited deception in carefully delin­eated circumstances would recognize that sometimes telling a white lie is indispensable to carrying out effective law enforcement or protecting civil rights.