Kimberley Motley believes that her style of working is so unique, she’s trademarked it.

Unique is one way of putting it. Motley arrived in Afghanistan in 2008 as part of a U.S. Department of State program to train and mentor Afghan defense attorneys and to create a legal aid system.

She says she took the post purely for economic reasons—she couldn’t even find Afghanistan on a map when she accepted the job—because she could earn more money abroad than she could as a public defender in Milwaukee.

She decided to stay in Afghanistan and establish her own law practice, which now encompasses criminal, commercial, contract, civil and employment law.

During her 10 years there, she’s learned how to adapt to a variety of legal settings—from appearing before the Supreme Court of Afghanistan to sitting crosslegged on the ground to negotiate with a jirga, a traditional assembly of leaders that makes decisions by consensus. Motley says she was the first foreigner to try cases in Afghanistan’s criminal courts.

Although she divides her time between Kabul, Milwaukee and Charlotte, North Carolina, Motley says she is liable to jump on a plane and handle cases in other countries, too, including the United Arab Emirates, Ghana and Uganda. “I treat planes like cars,” she says. “I’m good at flipping times. I don’t get jetlag.”

Her grand idea is to train other lawyers in her litigation style and create an eclectic law practice with no fixed headquarters whose lawyers can be deployed anywhere with the nimbleness to adjust to whatever court or country they find themselves in.

“Now I’m going to take this style and train lawyers in it. When I come to countries like Afghanistan, I have to adjust to the environment; you have to figure it out,” she says. “If you do things like you always did them, it’s not going to work. You’re going to have to remix how you practice law.”

According to the trademark granted by the U.S. Patent and Trademark Office, “Motley’s Law” is “a training program for lawyers, legal practitioners and people interested in legal affairs that provides instruction on handling cases from beginning to end, including client and witness interviewing, litigation techniques, written legal practices in international jurisdictions with an emphasis on understanding and analyzing human behavior through cultural, environmental, geographic, social, religious, environmental and economic perspectives.”

“Motley’s Law is adjusting to your environment and updating your playlist,” she says. “Laws are music, and you need to use the laws that are for or against your client.”

Motley is quick to point out that she’s not simply a human rights attorney but an international attorney who chooses to do human rights cases.

Her firm, Motley Legal Services, is a for-profit business. She estimates that 70 percent of her work is representing companies and nongovernmental agencies in Afghanistan, with the remaining 30 percent being pro bono work, including human rights cases. 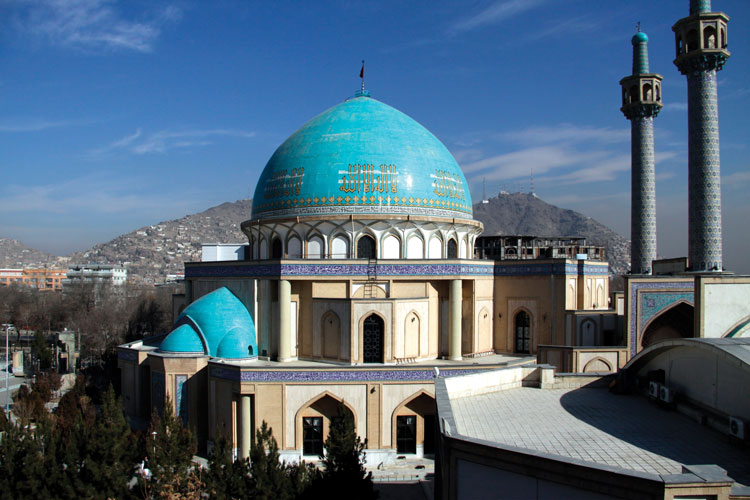 “I have to get the paid work so that I can do the human rights work,” she says.

Although she practices various types of law, her human rights work attracts the most attention.

In December 2016, she was detained by Cuban police and interrogated after representing Danilo “El Sexto” Maldonado, a dissident Cuban artist. Maldonado, who received the Vaclav Havel International Prize for Creative Dissent from the Human Rights Foundation in 2015, had posted a Facebook video mocking Fidel Castro’s death.

In 2013, she represented child bride Sahar Gul, who was the victim of domestic violence and torture at the hands of her 34-year-old husband’s family, which attracted international attention when it came to light.

Motley represented Gul before the Supreme Court of Afghanistan after three of her in-laws, who had been convicted of attempted murder, were released by an appeals court. In a landmark decision, the supreme court overruled the appeals court and sentenced Gul’s in-laws, father and brother to five years in prison. The court also ruled that Gul could sue for civil compensation.

Motley earned her law degree from Marquette University Law School in 2003, after earning master’s and bachelor’s degrees from the University of Wisconsin at Milwaukee.

Her unusual working practices led to her presenting a TED Talk, “How I Defend the Rule of Law,” in 2014. That was followed by a 2015 documentary film about her life in Afghanistan that was called, appropriately enough, Motley’s Law.

Although she says it was scary when she first struck out on her own in Afghanistan, now she can’t imagine working any other way.

“There were a lot of people who were against me. A lot. Everyone thought I was crazy,” she says. “Now it’s great.”