You can sue someone who broke into your email, but you'd better find proof fast 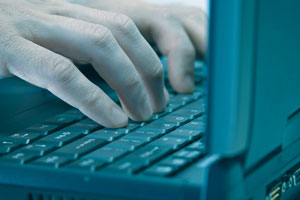 In August 2011, New York City teacher Chantay Sewell tried to log in to her AOL account and couldn't. Shortly afterward, a message making defamatory claims about her sex life went out from her email address. Seven months later, the same thing happened with her Facebook account.

The consequences for Sewell, a middle school teacher, were considerable. “She basically lost her job,” says Sewell’s attorney, Harvey Mars. And “you can imagine that having something written on the Internet and sent to your family is awful.”

Sewell believed that her ex-boyfriend, Phil Bernardin, was responsible. But Internet service provider records first led to his wife, Tara Bernardin. Sewell sued her for violations of the federal Computer Fraud and Abuse Act and the Stored Communications Act.

Though Sewell had the wrong defendant, the original case against Tara led her to believe that Phil was the true culprit. But a federal court in New York dismissed her suit against him, saying the statute of limitations for both claims had run because more than two years had passed since the initial AOL breach.

In a case of first impression, the Manhattan-based 2nd U.S. Circuit Court of Appeals disagreed, drawing a distinction between the AOL breach and the Facebook breach, which had happened within the two-year period. The first compromised account could not have put Sewell on notice of the second, the court ruled. “We take judicial notice of the fact that it is not uncommon for one person to hold several or many Internet accounts … less than all of which may be compromised at any one time,” a three-judge panel wrote.

However, the court said, “the investigation necessary to uncover the hacker’s identity may be substantial.” Because the 2nd Circuit requires a true name before the statute of limitations runs out, this can have “troubling consequences.”

Intellectual property attorney Evan Brown of Much Shelist in Chicago doesn’t see this as a major problem, because plaintiffs in this kind of case are often highly motivated. But when defendants cover their tracks well, Brown says, statutes of limitations can be an issue. It can take a lawsuit, a discovery order and multiple rounds of subpoenas to identify someone.

“That clock can run out on you while you’re just waiting to hear back in response to a subpoena,” says Brown, who writes the Internet Cases blog.

This article originally appeared in the January 2016 issue of the ABA Journal with this headline: “Locked Out: You can sue someone who broke into your email, but you’d better find proof fast.”