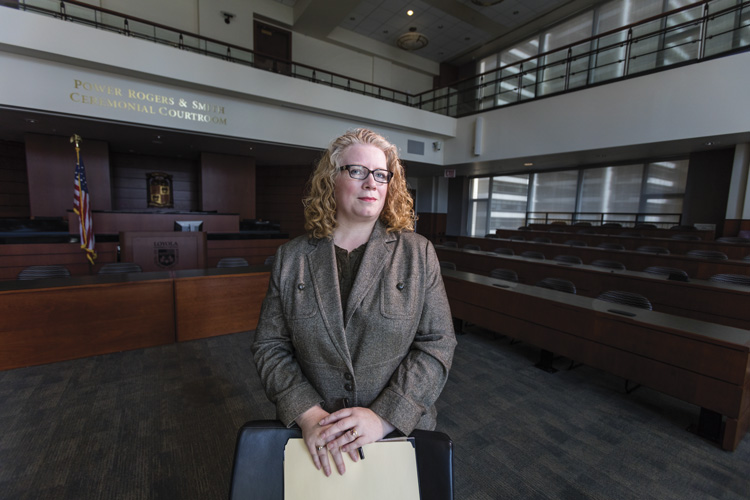 In Illinois, 13 percent of all girls in detention were brought in for adolescent domestic battery, compared to 5 percent of all boys, according to a 2015 study by the Juvenile Monitoring Information System at the University of Illinois and the Illinois Juvenile Justice Commission. Of those detained, girls of color accounted for 62 percent.

“The more we talked in Illinois, the more we realized we’re applying adult models developed for adults and intimate-partner violence,” Jacobs says. “We were getting it wrong in two ways. Now we are taking the time and resources to look at girls.”

The grant-funded project builds on policies created in suburban DuPage County. There, if a child is arrested for domestic battery and the parents say the child must leave the home, the minor is brought into a detention center for no more than 40 hours before appearing before a judge. If it’s a first arrest, the child and parent will meet to determine whether home is a safe environment. If so, the social worker will offer the youth a diversion program to keep the child out of detention. If the youth does well, all charges can be dropped.

The goal is to first divert girls at the police station and avoid detention altogether. “It’s a lofty goal and, of course, we have to determine which kids really are a risk,” Nussbaum says.

“Some cases don’t need to be in the juvenile justice system at all,” Jacobs says.

Amber’s experience has proven that help is better than incarceration. “Communities need to come together and start something for girls—programs that help them instead of locking them up,” she says.

Amber says her incarceration in West Virginia didn’t help at all. “I knew in my heart that if someone had intervened, if someone had given me patience, love and tolerance for me at that age—things would have turned out a lot differently. I wouldn’t have been so lost.”

Today she is clean and sober. Detention and jail did not scare Amber straight, she says, but the therapeutic intervention she received along the way did. She credits support from counselors and recovery groups for pulling her out of her darkest moments: losing custody of the baby boy she had at 17 and an almost fatal overdose.

During her journey toward sobriety, support services forged her path toward receiving a GED and then community college. “What worked is finding someone willing to hear me out and not judge me and not lock me up,” Amber says.

Now she’s studying criminal justice at West Virginia University at Parkersburg, where she serves as a peer counselor; and she’s working as a waitress. She’s raising her baby girl with her long-term partner, who is also in recovery.