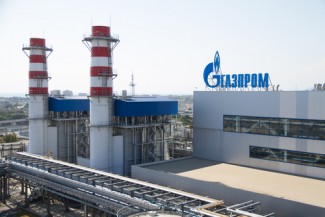 A Texas oil company abruptly dropped a $1.37 billion suit against a Russian competitor on Monday after the defense pointed out an incongruity in a key document.

The trial exhibit, supposedly created in 2004, had an image created in 2012, the Litigation Daily (sub. req.) reports. Lawyers at Baker Botts who represented the defendant, Russian oil company OAO Gazprom, discovered the problem after a close examination of the document and a Google search.

The plaintiff, Texas-based Moncrief Oil International, had produced the document at the close of discovery in its trade secrets case, saying it was an analysis that gave it a competitive edge in 2004, Gazprom alleged in a motion for sanctions (PDF). The document “is the cornerstone of Moncrief’s trade secrets claim,” the motion says. “And it is—we now know—a fabrication.”

Moncrief’s suit had claimed it reached an agreement with Gazprom to develop a natural gas field in Siberia, but Gazprom withdrew from the deal and stole Moncrief’s trade secrets from a study of prospects to sell natural gas in the United States. Gazprom denied there was a deal and denied stealing trade secrets.

When preparing for cross-examination, Baker Botts partner Van Beckwith and associate John Lawrence enlarged the trial exhibit and were puzzled by a label on a graphic it contained. The label said “figure 11.” That led them to wonder about figures 1 through 10, which weren’t in the document.

A Google search showed the graphic was taken from a June 2012 University of Texas research paper, Beckwith told Texas lawyer. Baker Botts announced the victory in a press release.

Moncrief had filed prior suits in Germany and Texas federal court that were tossed on jurisdictional grounds. On Monday, Moncrief dropped the latest suit, filed in Texas state court in Fort Worth, and agreed not to refile in any jurisdiction. In exchange for the agreement, Gazprom agreed not to pursue sanctions, Baker Botts lawyers told Texas lawyer.