$11M a year for a lateral hire? Star partners are valued 'like Hollywood celebrities' 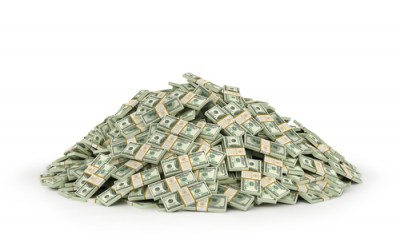 At Cravath, Swaine & Moore, partners earn a hefty $4 million a year, on average.

But that pales in comparison to reported compensation for some former Cravath partners hired away by competing law firms, the New York Times reports. “The money involved is so big,” the newspaper reports, “that star partners are being valued like Hollywood celebrities and professional athletes.”

Cravath pays partners based on a lockstep system that is based on seniority, while Kirkland & Ellis has an “eat what you kill” system. Cravath rarely lost partners to competitors, but that is changing. The Times lists the reported paychecks of three highly paid partners, including two who left Cravath.

Kirkland “has been on a roll,” according to the Times. It displaced Latham & Watkins at the top of American Lawyer’s list of top-grossing firms last year with revenue of $3.165 billion. Its gross revenue has grown 57 percent since fiscal 2013, while its head count increased 28 percent and its profits per partner rose 43 percent.

Cravath also “seems to be thriving,” according to the Times, and it has no intention of changing its compensation system, according to presiding partner, Faiza Saeed.

Legal consultant Bruce MacEwen of Adam Smith Esq. notes in an interview with the Times that Kirkland is “very individualistic and competitive, with a very big spread between the highest- and lowest-paid partners.” Kirkland “is the antithesis of Cravath when it comes to compensation,” he said.

The Times asked MacEwen whether Kirkland’s model is sustainable. “The Kirkland model risks emphasizing the star at the expense of the team. The existential risk for a Kirkland is that they go too far and forget all the B players they still really need,” he answered.