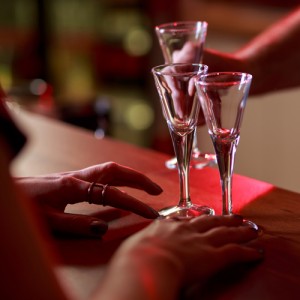 In a colorfully written opinion, a federal appeals court has tossed the convictions of nightclub operators accused of using enticing “bar girls” to lure drunken customers to pay tens of thousands of dollars for overpriced drinks.

The Atlanta-based 11th U.S. Circuit Court of Appeals said jurors should have been instructed to acquit the defendants if the “bar girls” tricked the victims into entering the bars, yet gave the victims exactly what they asked for and charged them exactly what they agreed to pay. The defendants were charged under the wire-fraud statute banning any “scheme or artifice to defraud.”

In making its point, the July 11 opinion (PDF) by U.S. District Judge Amul Thapar referenced Pappy’s bourbon, Vulcans, Casablanca and Moses. Thapar is a federal judge in Kentucky sitting by designation. The Miami Herald, Above the Law and the Southern District of Florida Blog have stories.

The defendants had offered a “Casablanca defense,” Thapar wrote, “arguing they were ‘shocked, shocked’ to learn that fraud was taking place within their South-Beach versions of Rick’s Café Americain. … In the defendants’ story, none of these allegedly swindled men were truly victims: they knowingly entered the clubs, bought bottles of liquor, and drank them with their female companions. Thus, in the defendants’ view, these men got what they paid for—nothing more, nothing less.”

The “bar girls” had posed as tourists to lure the victims to the defendants’ nightclubs without disclosing that they were employees of the defendants. The government had argued that concealing their bar affiliation was itself sufficient to constitute fraud.

Thapar disagreed with the government, and offered this example: “Now imagine another, more common scenario: a young woman asks a rich businessman to buy her a drink at Bob’s Bar. The businessman buys the drink, and afterwards the young woman decides to leave. Did the man get what he bargained for? Yes. He received his drink, and he had the opportunity to buy a young woman a drink. Does it change things if the woman is Bob’s sister and he paid her to recruit customers? No; regardless of Bob’s relationship with the woman, the businessman got exactly what he bargained for. If, on the other hand, Bob promised to pour the man a glass of Pappy Van Winkle but gave him a slug of Old Crow instead, well, that would be fraud. Why? Because the misrepresentation goes to the value of the bargain.”

Thapar included footnotes explaining that Pappy’s is a rare bourbon that is nearly impossible to find and afford, while Old Crow retails for about $15 a bottle.

Thapar referenced Star Trek in a portion of the opinion considering whether an instruction given to jurors had sufficed. He said it had not. “After all, the average juror is not Mr. Spock,” Thapar said. “If he were, then a trial-court judge’s job would be much easier. He could instruct the jury in broad strokes—instructing only as to the bare elements of the crime, perhaps—and be confident that the jury would deduce all of the finer-grained implications that must logically follow. As it stands, however, the vast majority of American juries are composed exclusively of humans. And humans, unlike Vulcans, sometimes need a bit more guidance as to exactly what the court’s instructions logically entail.”