About one-fifth of lawyers and staffers considered suicide at some point in their careers, new survey says 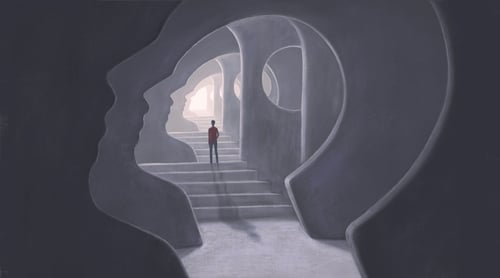 A new survey of lawyers and staff members hailing mostly from BigLaw has found that anxiety, depression and isolation remain at concerning levels, despite a slight decrease in the percentages since the survey last year.

The Mental Health Survey by Law.com and ALM Intelligence found that 67% of the respondents reported anxiety, 35% reported depression and 44% reported isolation, according to an article by Law.com.

The survey, conducted in March and April, asked respondents from around the world about their mental health and law firm environments in 2021.

The percentage of respondents who contemplated suicide at some point in their professional careers was 19%, the article reports.

About 74% of the respondents thought that their work environment contributed to their mental health issues. When asked about the factors that had a negative impact on mental health, top concerns were always being on call (72%), billable hour pressure (59%), client demands (57%), lack of sleep (55%) and lean staffing (49.5%).

About 36% of respondents were associates, about 23% were equity partners, and about 17% were nonequity partners. The rest were other timekeepers and staff members.