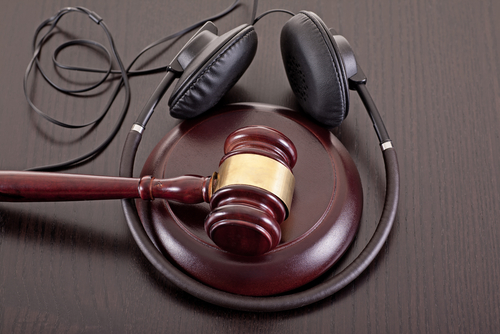 A group of well-known 1970s musicians filed a pair of proposed class action lawsuits Tuesday, accusing Sony Music Entertainment Inc. and UMG Recordings Inc. of violating a provision of copyright law that gives them a “second chance” to assert rights to their songs.

The lawsuits, filed in the U.S. District Court for the Southern District of New York, allege that the music companies refused to honor termination notices that should allow them to reclaim their rights to songs they signed away on unfavorable terms earlier in their careers. Reuters, Law360 and the Hollywood Reporter have coverage.

David Johansen of the New York Dolls, John “Southside Johnny” Lyon and Paul Collins of the Beat are the primary plaintiffs in the Sony case. John Waite, the former lead singer of the Babys, and Joe Ely, a guitarist who has performed with the Clash and Bruce Springsteen, are the named plaintiffs in the UMG case.

According to the Sony case complaint, Johansen, Lyon and Collins, along with hundreds of other recording artists, have served Sony with termination notices pursuant to Section 203 of the Copyright Act of 1976, which provides that authors may terminate grants of copyright ownership 35 years after the initial grant.

However, musicians allege, Sony has “routinely and systematically refused to honor them,” saying that the sound recordings created by musicians under contract with Sony, or its affiliated or predecessor companies, are “works made for hire” and not subject to the statute.

“As a result of Sony’s policy, Sony has refused to allow any recording artist to take over control of the sound recordings or enter into an agreement with a different label for the exploitation of recordings, after the effective date of termination,” the complaint says. “In many instances, Sony has continued to exploit the recordings after the effective date, thereby engaging in willful copyright infringement of the United States copyright in those recordings.”

The lawsuits are the first attempts at an action that represents a class of recording artists aiming to change the situation, according to the Hollywood Reporter. The musicians are seeking damages for copyright infringement and asking the court to declare that sound recordings can’t be considered works for hire.