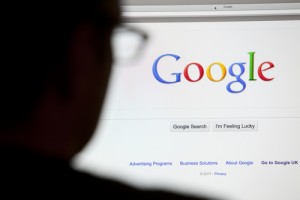 A federal appeals court has rejected a $19 trillion claim by a man who alleged Google search results for his name wrongly suggested he was involved in a case involving indecency with a child.

O’Kroley sued because an entry for him labeled “Texas Advance Sheet” read “indecency with a child in Trial Court Cause N … Colin O’Kroley v Pringle.”

“Truth be told,” said the 6th Circuit opinion (PDF) by Circuit Judge Jeffrey Sutton, “O’Kroley was never involved in a case about indecency with a child.” That would be apparent to those who clicked the result, saw how the Texas Advance Sheet worked, and saw that the cases had no relation.

Sutton said Google was protected by the Communications Decency Act, which protects interactive service providers from liability for publishing third-party content. O’Kroley had claimed Google’s alterations to the third-party content had made it liable, but Sutton disagreed.

Though Google performed some automated editorial acts such as removing spaces and altering font, those fall within traditional editorial functions and Google remains eligible for immunity, the opinion said.

“In most respects,” Sutton wrote, “O’Kroley didn’t accomplish much in suing Google and the other defendants. He didn’t win. He didn’t collect a dime. And the search result about ‘indecency with a child’ remains publicly available. All is not lost, however. Since filing the case, Google users searching for ‘Colin O’Kroley’ no longer see the objectionable search result at the top of the list. Now the top hits all involve this case (there is even a Wikipedia entry on it).”

The case is O’Kroley v. Fastcase.