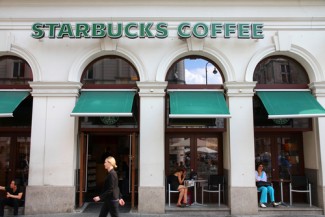 Baristas who work at Starbucks in Massachusetts are entitled to collect $14.1 million because their tips were shared with supervisors in violation of state law, a federal appeals court has ruled.

The Boston-based 1st U.S. Circuit Court of Appeals said the shift supervisors had managerial responsibility, making them ineligible to share in tips under the Massachusetts statute. The National Law Journal and the Boston Globe have stories on the Nov. 9 decision (PDF).

Judge Bruce Selya, writing for the panel, appeared decidedly unimpressed with Starbucks’ legal arguments. A statutory construction argument was “hair splitting.” A dispute over the meaning of tips was “too clever by half.” A “plethora of other arguments” by Starbucks didn’t require extensive discussion. A “last-ditch” argument against class certification constituted “little more than whistling past the graveyard.”

Starbucks had argued shift supervisors didn’t qualify as managers barred from sharing in tips because they devoted up to 90 percent of their time performing the same functions as baristas. Nor did they have the authority to hire, fire and discipline baristas, the company said. The 1st Circuit rejected the arguments, pointing to “the unvarnished text of the statute” allowing tips to be shared only among those with “no managerial responsibility.”

” ‘No’ means ‘no,’ and we interpret that easily understood word in its ordinary sense: ‘not any,’ ” Selya wrote.

The court also said class certification was proper even though some of the baristas have since been promoted to shift supervisors, creating an intra-class conflict. “Perfect symmetry of interest is not required,” the court said.