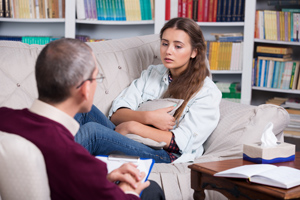 A federal appeals court has upheld New Jersey’s ban on gay-conversion therapy for youths under age 18.

The Philadelphia-based 3rd U.S. Circuit Court of Appeals upheld the law on Thursday, using reasoning that conflicts with the analysis in another appellate decision, according to the National Law Journal and a press release by Liberty Counsel, which represented the plaintiffs challenging the New Jersey law. NJ.com also has a story.

The 3rd Circuit said conversion therapy does constitute speech, but it doesn’t have full First Amendment protection, because it regulates licensed professionals speaking in the practice of their profession. The appeals court used intermediate scrutiny, the same level of scrutiny given to commercial speech, in evaluating and upholding the ban on conversion therapy. The case is King v. Christie.

In a case upholding a similar law in California, the San Francisco-based 9th U.S. Circuit Court of Appeals said the ban regulates conduct, though it may have at least an incidental effect on speech. The court used rational basis review to evaluate and uphold the statute. That case is Pickup v. Brown.

One of the lawyers representing the New Jersey plaintiffs, Demetrios Stratis, told the National Law Journal that although the two appeals courts both upheld the laws banning conversion therapy, they differed over whether the counseling amounts to speech. “Whether that is enough to get the Supreme Court to take it, I don’t know,” Stratis said.

ABA Journal: “1st Amendment at issue in ban on gay-conversion therapy for minors”