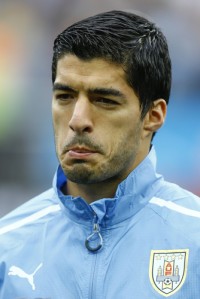 A lawyer for Luis Suarez, the Uruguay forward who got a four-month suspension this week after FIFA’s disciplinary committee determined he bit an opponent’s shoulder, says that the punishment has been unfair, from a legal perspective.

The Belfast Telegraph reports that Alejandro Balbi, Suarez’s lawyer, indicated that there are plans to appeal the FIFA decision with the Court of Arbitration for Sport, an international group based in Switzerland that settles sports-related disputes.

It is one of the longest suspensions in World Cup history, according to the Post. Suarez was also fined approximately $112,000 and can’t be in any soccer stadium during those four months.

“This is so grotesque and absurd that the CAS (Court of Arbitration for Sport) will have to revoke this unjust ruling,” he said. “Unjust not just due to the number of games given, which is already incredible, illogical and arbitrary, but also the issue of not being able to be allowed to have any relationship with football in 120 days, and then there’s the fine.”

“I have always considered unequivocal the disciplinary interventions by the competent bodies, but at the same time I believe that the proposed formula is excessive,” Chiellini wrote on his website.