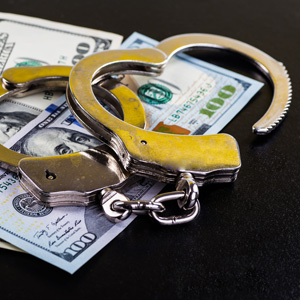 A federal appeals court has ruled that the cash bail system in Harris County, Texas, violates the due-process and equal-protection rights of poor defendants.

The New Orleans-based 5th U.S. Circuit Court of Appeals ruled Wednesday in an opinion by Judge Edith Brown Clement, report the Houston Chronicle, the Texas Tribune, the Associated Press and Courthouse News Service. How Appealing links to the decision.

The court found that a bail system that mostly relies on set amounts is unconstitutional, but said there is no automatic right to pretrial release for misdemeanor defendants. Instead, an individualized assessment is required, the court said.

Democratic State Sen. John Whitmire, who favors bail reform, praised the decision. “It’s a huge deal that the 5th Circuit, one of the most conservative courts which is often the ultimate decider for this region, supports the finding of the district court,” he told the Chronicle.

The ABA had filed an amicus brief urging the 5th Circuit to hold that the Harris County system is unconstitutional.

The plaintiff in the case, Maranda ODonnell, had spent two days in jail because she couldn’t post $2,500 bail for driving with an invalid license. Though the 5th Circuit sided with ODonnell on the constitutional issue, it narrowed the trial judge’s sweeping ruling in the case.

The bail system in Harris County, which includes Houston, uses a fixed fee schedule that is supposed to take into account additional factors such as the defendant’s ability to pay, the charge and community safety.

In practice, however, the bail amount in the fee schedule is used about 90 percent of the time. Bail hearings before hearing officers often last only seconds, and arrestees are not given an opportunity to submit evidence about ability to post bond. County judges can adjust bail at a “next day” hearing that is rarely held the next day and that rarely results in bail adjustments.

“As the district court found, the current procedures are inadequate,” the 5th Circuit said. “In other words, the current procedure does not sufficiently protect detainees from magistrates imposing bail as an ‘instrument of oppression,’ ” the court said, citing wording in a Texas decision.

The 5th Circuit said, however, that the trial judge read a Texas constitutional provision too broadly when she issued an injunction that effectively required the pretrial release of poor defendants. Instead, the 5th Circuit said, bail decision must be made based on individualized factors that weigh the detainee’s interest in pretrial release and the court’s interest in securing the detainee’s appearance.

The 5th Circuit also said the district court was too strict in requiring a bail hearing within 24 hours of arrest and the hearing should instead be held within 48 hours. Nor is there a need for hearing officers to state their reasons for their bail decisions in writing, the court said.