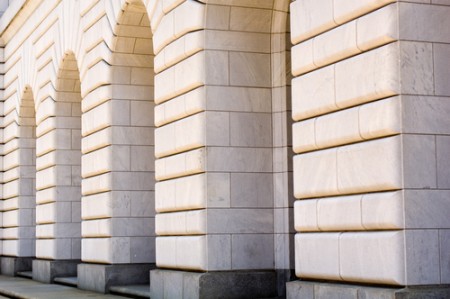 A federal judge didn’t abuse his discretion when he imposed a $500 fine on an assistant public defender who refused to give a yes-or-no answer.

U.S. District Judge John McBryde had demanded a yes-or-no answer after he asked Hermesmeyer to clarify his objections to a potential sentence. Hermesmeyer gave a one-sentence answer and, when pressed for more, replied, “Just what I said.”

Here is the exchange:

McBryde: “… there were two objections filed, and I believe both of them were related to the possibility of a sentence above the top of the advisory guideline range. Did I read those correctly, Mr. Hermesmeyer?”

Hermesmeyer: “Your Honor, I think they have more to do with legality of whether such a sentence would be permissible or appropriate.”

McBryde: “I’m sorry, I was wondering if I’m correct in thinking that both of the objections have to do with the possibility of a sentence above the top of the advisory guideline range. What is the answer to that?”

Hermesmeyer: “Your Honor, just what I said.”

McBryde: “I’m not sure I understand how that answered my question. I’ve asked the question again. Would you please answer the question either yes or no.”

Hermesmeyer: “Your Honor, I would stand on what I previously said. Thank you.”

McBryde: “Mr. Hermesmeyer, you get very close to being held in contempt of court. Would you answer my question?”

Hermesmeyer: “I have no further response, your Honor”.

Hermesmeyer had maintained the judge’s question required both a yes and a no answer, and one or the other would be incomplete. On appeal, McBryde filed a supplemental order that said he had previously warned Hermesmeyer about potential discipline for his interactions with the court.

The appeals court said McBryde may have “contributed to the difficulties,” but Hermesmeyer was required to comply with court orders.

“First, even if the district court’s stated options for an answer were inadequate,” the appeals court said, “Hermesmeyer needed to answer in some way. Second, even before the district court indicated he wanted a simple one-word answer, Hermesmeyer had responded to a much more open-ended question with the equivalent of a refusal to explain, saying his answer was ‘just what I said.’”