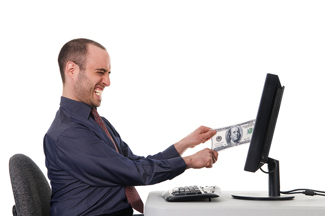 Despite law enforcement warnings, attorneys and law firms continue to be victimized by con artists who often use a version of the same flimflam scheme.

A purported new client, who doesn’t actually visit the firm but makes contact by email or telephone, asks for help with a settlement negotiation or real estate deal. A hefty cashier’s check then arrives for the law firm to put in its escrow account. But after part of the sum is paid out on the client’s behalf, it turns out the cashier’s check is bogus.

Some 600 attorneys and law firms have reported to the Internet Crime Complaint Center total losses of $16 million in such schemes between 2007 and 2011, Law Technology News reports.

However, there apparently may be more victims: At last report, the United States was extraditing from Nigeria a man accused of scamming 80 law firms out of $31 million.

Officials advise law firms to know their client and check with issuing banks to make sure cashier’s checks are valid. However, that still leaves room for error. A Minnesota-based law firm, Milavetz Gallop & Milavetz, says in a lawsuit against Wells Fargo Bank that it lost nearly $400,000 in such a scam after the bank allegedly told the firm a check that was fraudulent had cleared. The bank says it did nothing wrong and expects to prevail.

Meanwhile, a bank defendant did prevail in a similar suit brought by Greenberg Trager & Herbst, which was dismissed last year by the New York Court of Appeals, the Law Technology News article notes.

The law firm was in a better position than HSBC Bank to know its clients and thus guard against fraud, the court found. It also held that a bank employee’s alleged assurance that a fraudulent check had cleared was “an ambiguous remark that may have been intended to mean only that the amount of the check was available (as indeed it was) in Greenberg Trager’s account.”

The Internet Crime Complaint Center suggests that law firms include in their retainer agreements provisions for holding deposited cashier’s checks long enough to ensure that they are not fraudulent and then do so.