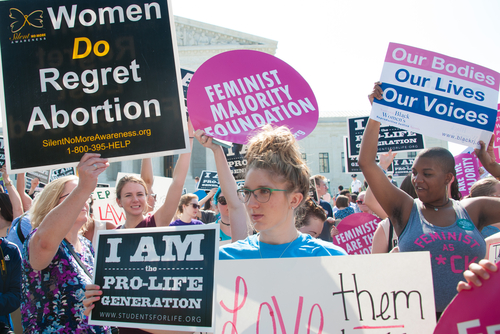 A nominee to the Cincinnati-based 6th U.S. Circuit Court of Appeals is refusing to say whether he believes Roe v. Wade was correctly decided.

John Nalbandian told the Senate Judiciary Committee during his confirmation hearing that he didn’t want to take a position on the case because the abortion decision involved issues that might come before his court, according to reports by the Courthouse News Service and Washington Times.

“The area generally of modern substantive due process or unenumerated rights, specifically under the due process clause of the Fifth and 14th amendments, are still subject to developing case law,” said Nalbandian, a lawyer with Taft, Stettinius & Hollister in Cincinnati. “We see it all the time, and I’m unwilling to wade into that because I think that issue will and can come up.”

Nalbandian said that he would be required to follow Roe v. Wade, but that cases raising similar issues could reach the appeals court.

Nalbandian did say the U.S. Supreme Court correctly decided Loving v. Virginia, the decision that struck down the state of Virginia’s ban on interracial marriage, and Brown v. Board of Education, which ended school desegregation.

Nalbandian was among 12 judicial nominees announced in January, report the Cincinnati Enquirer and BuzzFeed News.