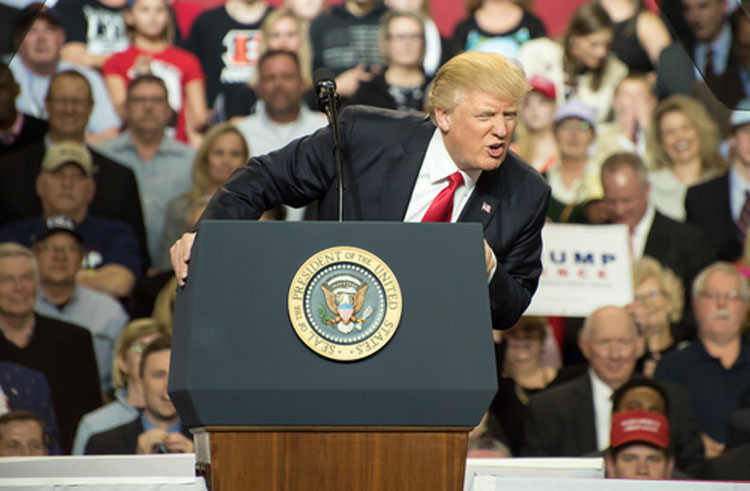 A federal appeals court ruled Tuesday that protesters cannot sue President Donald Trump and his presidential campaign for an alleged assault by audience members at a Louisville, Kentucky, rally following Trump’s command to “get ’em out of here.”

The Cincinnati-based 6th U.S. Circuit Court of Appeals ruled that Trump’s direction did not amount to the misdemeanor of “incitement to riot” under Kentucky law. In addition, the court said, Trump’s comments were protected by the First Amendment because he “did not specifically advocate imminent lawless action.”

The National Law Journal, Politico and Reuters have coverage.

The three plaintiffs had alleged they were assaulted, pushed and shoved at the March 2016 rally after Trump’s repeated call for their ouster. Besides Trump and the campaign, defendants included three people alleged to have carried out the assaults.

The appeals court reversed a decision by U.S. District Judge David Hale of Louisville to allow the incitement to riot claim against the Trump defendants.

The appeals court faulted Hale for a “decidedly thin” analysis of the claim of an incitement to riot, defined by Kentucky law as incitement to engage in tumultuous and violent conduct creating grave danger of personal injury or property damage.

The appeals court noted that Trump had said, “Don’t hurt ’em,” after his “get ’em out of here” statement. “If words have meaning, the admonition ‘don’t hurt ’em’ cannot be reasonably construed as an urging to ‘hurt ’em,’ ” the appeals court said in an opinion by Circuit Judge David McKeague.

Trump’s words did not satisfy the test, McKeague said. “Not a single word encouraged violence or lawlessness, explicitly or implicitly,” he wrote. The fact that audience members reacted by using force “does not transform Trump’s protected speech into unprotected speech,” he said.

A concurring judge, Helene White, agreed Trump’s words did not amount to an incitement to riot, but said the majority opinion “elides salient details of Trump’s speech that make this a closer case for me than for the majority.”

White said there was no need to reach the First Amendment issue because the plaintiffs had failed to prove an incitement to riot under Kentucky law.

The case is Nwanguma v. Trump.