6th Circuit tells IRS lawyers it expects them to do better, orders disclosure of 'lookout' lists 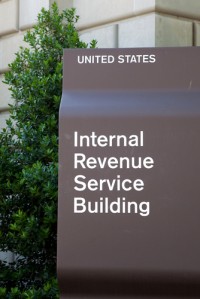 A federal appeals court is showing impatience with the Internal Revenue Service in an opinion refusing to interfere with a federal judge’s order that the agency disclose lists of groups allegedly targeted because of their political beliefs.

The Cincinnati-based 6th U.S. Circuit Court of Appeals ruled (PDF) on Tuesday in a suit by tea party groups who claim their applications for tax-exempt status were delayed and subjected to demands for unnecessary information, report the Washington Times, the Washington Post, Cleveland.com and the Volokh Conspiracy.

A federal judge had ordered the IRS to turn over its “be on the lookout” lists of groups allegedly targeted for their political beliefs. The IRS sought reconsideration and then applied for a writ of mandamus, described by the 6th Circuit as “an extraordinary remedy reserved to correct only the clearest abuses of power by the district court. We deny the petition.”

The 6th Circuit criticized the IRS for foot dragging and a response of “continuous resistance” to discovery in the suit over IRS treatment of tax-exempt applications by targeted groups. “The lawsuit has progressed as slowly as the underlying applications themselves,” the court said in an opinion by Judge Raymond Kethledge. “At every turn the IRS has resisted the plaintiffs’ requests for information regarding the IRS’s treatment of the plaintiff class, eventually to the open frustration of the district court.”

The lead plaintiff, NorCal Tea Party Patriots, had been forced by the IRS to produce 3,000 pages of information. Yet the IRS resisted providing basic information relevant to class certification, including the names of IRS employees who reviewed applications for tax-exempt status, the appeals court said.

The 6th Circuit concluded that the lookout lists were not barred from disclosure. The IRS had argued it couldn’t disclose the lists because of a federal law barring the disclosure of “return information.” But the law “was enacted to protect taxpayers from the IRS, not the IRS from taxpayers,” Kethledge wrote.

The appeals court said the Justice Department has a “storied tradition” of enforcing all of the nation’s laws, not just selective ones. “The conduct of the IRS’s attorneys in the district court falls outside that tradition,” the appeals court said. “We expect that the IRS will do better going forward.”

Kethledge and another judge on the panel are appointees of President George W. Bush, while a third judge is a Jimmy Carter appointee.