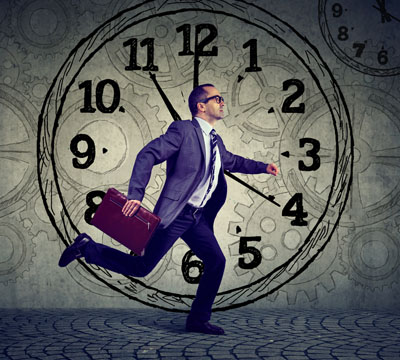 A Cleveland lawyer who was arrested and held in contempt after missing a show-cause hearing will get a new chance to make his case before a different federal judge.

Adams had ordered the arrest of English after the lawyer didn’t appear for an Oct. 29, 2015, hearing to show cause why he shouldn’t be held in contempt for missing a prior court date on Oct. 21. Federal marshals delivered English to Adams’ courtroom and the judge held a hearing. Adams found English in contempt and fined him $500.

The appeals court said in its Aug. 23 decision that Adams had used the wrong standard to judge what amounted to a criminal contempt case against English.

The 6th Circuit said a new judge should hear the case because part of Adams’ contempt finding stemmed from alleged disrespect toward the judge. Adams had found English had an “unrepentant tone” at the show-cause hearing and his testimony was “defiant and combative.”

Cleveland.com described Adams as “an embattled judge” in a June 4 article reporting on the 6th Circuit’s removal of Adams from a drug case. The appeals court had said Adams appeared ready to impose harsh sentences based on “unsupported assertions” about the defendants’ knowledge.

Also in June, the 6th Circuit reversed Adams’ sentence in another drug case because he quoted extensively from a news article on opioid deaths, Cleveland.com reported in another article. There was no indication opioids played a role in the drug case before Adams, the appeals court said. 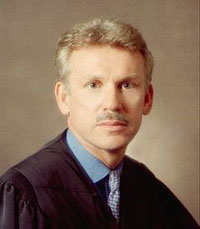 Adams was himself reprimanded for failing to comply with an order requiring him to undergo a mental health examination. Adams sued the 6th Circuit Judicial Council and a U.S. Judicial Conference committee in September 2017 after the committee upheld the order and reprimand. The case is pending.

A law professor who spoke with Cleveland.com about the mental health issue last year said he found the case against Adams to be troubling. “The open question is when does cantankerousness cross the line into mental disability or impairment?” said the law professor, Arthur Hellman of the University of Pittsburgh.

In English’s case, the 6th Circuit said Adams erred when he used a “clear and convincing” evidence standard to assess English’s guilt, which applies to civil contempt cases. Adams should have used the criminal “beyond a reasonable doubt” standard because the $500 fine was criminal in nature, the appeals court said.

The 6th Circuit also said Adams should have appointed a disinterested attorney to prosecute the case against English.

English had said he couldn’t make either court date in October 2015 because he had to attend a previously scheduled state court trial, and neither Adams nor the state court judge would agree to a continuance. English also said his co-counsel in the state trial, who asked him to join only weeks before trial, had initially given him the wrong court date.

On remand, the 6th Circuit said, there are penalties other than criminal contempt that can be levied against lawyers whose conduct doesn’t meet required standards. A public reprimand could be posted on a court’s website, or a court could recommend an appropriate bar association issue a reprimand. In addition, the 6th Circuit has in the past raised the possibility of a fine “unaccompanied by a formal sanction,” such as a fine payable to charity of the lawyer’s choice.

Previous:
Cartoon Caption: Is this skiing judge's case about to go downhill?