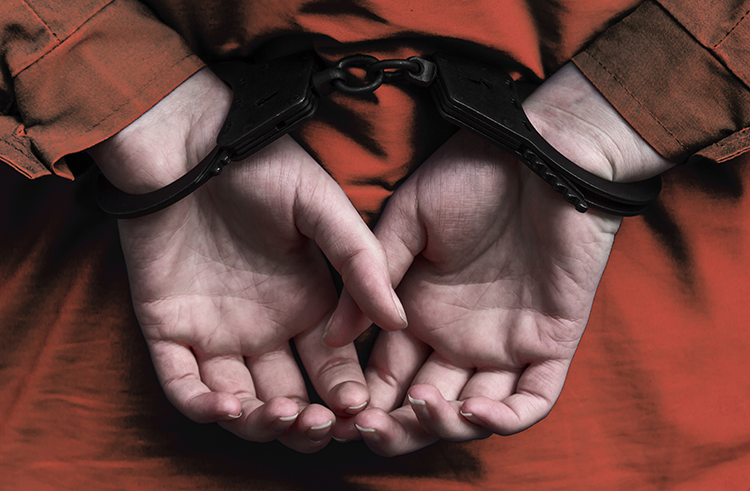 Female prisoners in Illinois can't sue under the Fourth Amendment for being forced to show their genitals in a training exercise, a federal appeals court has ruled.

The Chicago-based 7th U.S. Circuit Court of Appeals ruled Tuesday that the women couldn’t sue because of circuit precedent holding that inmates have no legitimate expectation of privacy when searches are visual rather than physical. The Washington Post has coverage of the 2-1 decision.

The women at the Lincoln Correctional Center said they were forced to stand naked during the 2011 training exercise in a room where they could be seen by others, including male officers. Menstruating inmates had to remove tampons and sanitary pads, and had to spread their buttocks and vaginas.

The female officers and cadets conducting the visual searches allegedly made derogatory comments, including a comment that the women “smell like death.”

The women argued on appeal that they could still win on a Fourth Amendment claim because of differing standards of proof. The Eighth Amendment claim required a showing that an unnecessary or demeaning inspection amounted to punishment.

The 7th Circuit, in an opinion by Judge Frank Easterbrook, noted that the cases decided by two other federal appeals courts favor plaintiffs. But Easterbrook declined to overrule the 7th Circuit precedent.

The 7th Circuit cases finding no privacy interest in visual searches were decided in 1995 and 2015. The cases relied on a 1984 Supreme Court case, Hudson v. Palmer, which held prisoners lack privacy interests in their cells. The Hudson court did not consider whether prisoners have a residual privacy interest in their persons, as opposed to their possessions and surroundings, Easterbrook said.

Supreme Court justices have not revisited the topic since Hudson.

“It has been 35 years since the justices last considered the extent to which convicted prisoners have rights under the Fourth Amendment while still inside prison walls,” Easterbrook wrote. “For more than 20 years it has been established in this circuit that the Fourth Amendment does not apply to visual inspections of prisoners. It is best to leave the law of the circuit alone, unless and until the justices suggest that it needs change.”

The Washington Post points out that, on the same day of the 7th Circuit opinion, California’s Los Angeles County agreed to a $53 million settlement with female inmates subjected to mass visual body cavity searches. A judge had found a Fourth Amendment violation in that case.