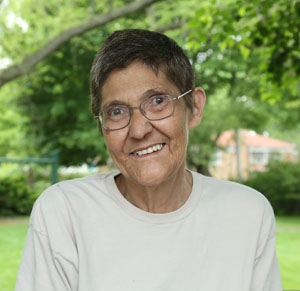 A federal appeals court has reinstated a lawsuit claiming a senior living center violated the Fair Housing Act when it failed to protect a lesbian from violence and harassment by other tenants.

The Chicago-based 7th U.S. Circuit Court of Appeals said the law creates liability not only for intentional discrimination by a landlord, but also for a landlord’s failure to take reasonable steps to stop harassment by other tenants after being put on notice of the problem. The Chicago Tribune, the Washington Post and the Hill have coverage. Lambda Legal calls the Aug. 27 opinion “a groundbreaking decision” in a press release.

The court ruled for Marsha Wetzel, who sued Glen St. Andrew Living Community in the Chicago suburb of Niles, Illinois. Wetzel says the abuse began after she moved into the facility in 2014 and disclosed she had been in a relationship with another woman for 30 years before her death.

According to Wetzel’s suit, residents called her a “dyke” and a “faggot” and told her that gay people burn in hell. One resident allegedly rammed Wetzel’s scooter with his walker, knocking her off her ramp. The same resident allegedly told Wetzel he reveled in the memory of the Pulse nightclub massacre in Orlando, Florida. Another resident bashed her wheelchair into Wetzel’s dining table, flipping the table onto Wetzel, according to the suit. And an unknown assailant hit Wetzel in the back of the head when she was in the mailroom, knocking her from her scooter.

Wetzel reported the abuse to staff members at the facility, but they said the incidents were accidental and branded Wetzel a liar. The staff members then retaliated, the suit claims, by relegating Wetzel to a less desirable dining room, mostly banning her from the lobby, halting her cleaning service, and falsely accusing her of smoking in her room in an effort to build a case for eviction.

The senior center and management defendants had contended that a landlord isn’t liable under the Fair Housing Act for retaliation and a failure to stop tenant-on-tenant harassment unless its was motivated by discriminatory animus. The defendants also argued the law doesn’t cover harassment claims by tenants already occupying a home. A federal judge agreed with all of those arguments and dismissed the suit.

The 7th Circuit, in an opinion by Judge Diane Wood, disagreed with those contentions and reinstated the suit. “We read the FHA more broadly” than the trial court, Wood wrote.

Wood said the protections of the Fair Housing Act “do not evaporate once a person takes possession of her house, condominium or apartment.” The law bars discriminatory harassment that unreasonably interferes with the use and enjoyment of a home, or, “by another name, a hostile housing environment,” Wood said.

Wood said the discrimination alleged by Wetzel was severe and pervasive enough to qualify as a hostile housing environment.

“For 15 months,” Wood wrote, Wetzel “was bombarded with threats, slurs, derisive comments about her family, taunts about a deadly massacre, physical violence, and spit. The defendants dismiss this litany of abuse as no more than ordinary ‘squabbles’ and ‘bickering’ between ‘irascible,’ ‘crotchety senior resident[s].’ A jury would be entitled to see the story otherwise.”