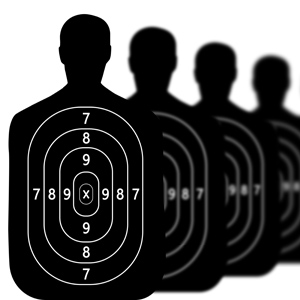 A federal appeals court on Wednesday struck down restrictions on gun ranges in Chicago, including a categorical ban on minors at gun ranges.

The Chicago-based 7th U.S. Circuit Court of Appeals overturned three regulations enacted after the city’s complete ban on city gun ranges was struck down in 2011. Judge Diane Sykes, a judge on Donald Trump’s Supreme Court shortlist, wrote the opinion on Wednesday. The Associated Press, Reason and the Volokh Conspiracy have coverage.

The regulations struck down on Wednesday: allowed gun ranges only as special uses in manufacturing districts; barred gun ranges that are close to one another or close to schools, residential areas and churches; and barred all youths under age 18 from gun ranges.

The combined effect of the zoning regulations made only 2.2 percent of the city’s total acreage available for gun ranges, “and the commercial viability of any of these parcels is questionable—so much so that no shooting range yet exists,” Sykes wrote. The city raised “speculative claims of harm to public health and safety,” but they don’t meet Second Amendment requirements, she said.

The city had argued that minors have no Second Amendment rights at all. “That’s an extraordinarily broad claim,” Sykes wrote, “and the city failed to back it up.”

Sykes noted that the city’s own witness on the subject of minors at gun ranges had agreed that the age restriction was overbroad. The witness was Rosemary Krimbel, the city’s commissioner of business affairs and consumer protection.

“In what must have come as a surprise to the city,” Sykes wrote, Krimbell “actually agreed with the plaintiffs’ attorney that banning anyone under 18 from entering a shooting range goes too far and extends beyond legitimate safety concerns.” Krimbel said the age restriction was “inartfully drafted” and shooting ranges are a good place to teach youngsters how to shoot a rifle. She also conceded the city lacked data or evidence to justify the blanket ban.

The city had cited general public safety interests to justify the ban on minors, Sykes said, but those could be addressed by a more closely tailored age restriction that doesn’t completely bar older youths from learning how to shoot in an appropriate, supervised setting at a firing range.

The case is Ezell v. Chicago.