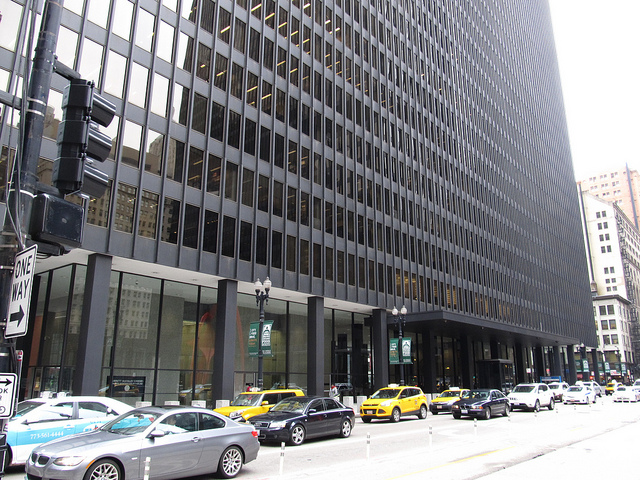 A protester whose breasts were covered only by body paint was unable to persuade a federal appeals court that her First Amendment and equal-protection rights were likely violated when she was fined for violating Chicago’s public nudity law.

The Chicago-based 7th U.S. Circuit Court of Appeals affirmed a federal court’s decision to toss the suit filed by Sonoko Tagami, a supporter of GoTopless Inc., Reuters and the Chicago Tribune report. How Appealing links to the 2-1 decision.

Tagami was arrested during “Go Topless Day 2014.” She was fined $100 and ordered to pay $50 in administrative costs.

Judge Diane Sykes addressed the First Amendment claim first in her majority opinion. Tagami’s public nudity “did not itself communicate a message of political protest,” Sykes said. The conduct was accompanied by “additional explanatory speech” expressing Tagami’s views that women should not be banned from going topless.

Even if Tagami’s nudity was expressive enough to warrant some kind of First Amendment protection, Chicago had a sufficient interest in “promoting traditional moral norms and public order,” Sykes said.

The same justification defeats the equal protection claim, Sykes said. “The list of intimate body parts is longer for women than men, but that’s wholly attributable to the basic physiological differences between the sexes,” she said, citing an argument advanced by the city.

In dissent Judge Ilana Rovner said Tagami should be given a chance to develop her constitutional claims.

Tagami had “engaged in the paradigm of First Amendment speech” through a public protest on public land that sought to change a law, Rovner said.

“There could not be a clearer example of conduct as speech than the one here,” Rovner wrote. “Tagami was not sunbathing topless to even her tan lines, swinging topless on a light post to earn money, streaking across a football field to appear on television, or even nursing a baby (conduct that is exempted from the reach of the ordinance ). Her conduct had but one purpose—to engage in a political protest challenging the city’s ordinance on indecent exposure.”

Rovner also saw some merit in Tagami’s equal protection claim. “Any invocation of tradition and moral values in support of a law that facially discriminates among classes of people calls for a healthy dose of skepticism on our part,” she said.