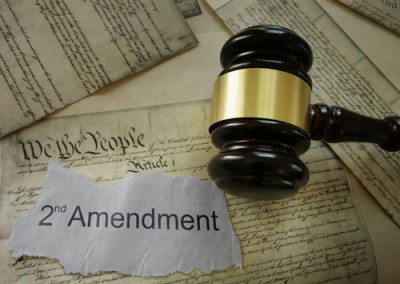 A federal appeals court ruled Tuesday in a 2-1 decision that the Second Amendment protects the right to openly carry a gun for self-defense outside of the home.

The San Francisco-based 9th U.S. Circuit Court of Appeals ruled in the case of a Hawaii man, George Young, who was twice denied a license to carry a handgun, report Reuters and a series of tweets by South Texas College of Law professor Josh Blackman. The case is Young v. Hawaii.

In an opinion by Judge Diarmuid O’Scannlain, the 9th Circuit majority said the Second Amendment’s right to bear as well as keep arms “implies some level of public carry in case of confrontation.”

“In sum, we reject a cramped reading of the Second Amendment that renders to ‘keep’ and to ‘bear’ unequal guarantees.” O’Scannlain said.

The U.S. Supreme Court refused to hear Peruta in June 2017, prompting a dissent by Justice Clarence Thomas, joined by Justice Neil M. Gorsuch. “I find it extremely improbable that the framers understood the Second Amendment to protect little more than carrying a gun from the bedroom to the kitchen,” Thomas wrote.