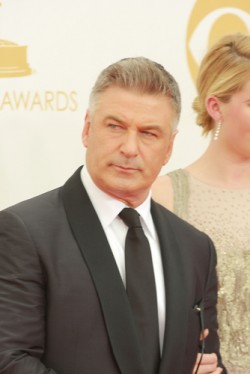 Busted by police for allegedly riding his bicycle the wrong way on a New York City street, actor Alec Baldwin reportedly didn’t hesitate to say what he thought about the Big Apple.

In addition to wrong-way bike-riding, the 30 Rock star would up being issued a summons for disorderly conduct and taken into custody after he allegedly became angry and shouted at police who asked him for identification, CNN reported at the time of the May 13 incident.

In court in Manhattan on Thursday, Baldwin appeared well on the way toward putting the case behind him, reports the New York Daily News.

Asked by Judge John Delury for an apology, Baldwin said he’d rather pay a fine, the newspaper reports. However, without requiring either the judge gave Baldwin an adjournment in contemplation of dismissal.

“Be a good boy from now on,” the judge told him as the hearing concluded. “Have a good day.”