A 24/7 job? It's reality when you chair a global law firm; Ambien, exercise and Zen may help 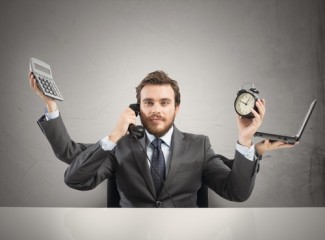 The job of a global law firm leader has always been demanding, but never so much as today.

That’s the conclusion of the American Lawyer (sub. req.), which talked to lawyers running global law firms for insights into the workload.

“While a previous generation of firm leaders had to juggle the client demands and supersized egos of a few hundred lawyers in a half-dozen offices,” the story says, “today those responsibilities extend around the globe and around the clock. In 2000 the average Am Law 100 firm had 559 lawyers working out of 10 offices. In 2013 the average firm in The Am Law 100 had 920 lawyers in 19 offices.”

Kim Koopersmith, chairwoman of Akin Gump Strauss Hauer & Feld, told the American Lawyer she travels three weeks a month, crossing time zones and skipping from one hotel to another.

“You’re talking about an organization that is active 24 hours a day; there aren’t any real limits on the job,” Koopersmith told the publication. “I can’t do this job if I ever turn off my iPhone. I get something every five minutes and check it all night long.”

Roger Meltzer, global co-chairman of DLA Piper, said he fits more than one workday in a 24-hour period.”So if I’m in the U.K., I’ll work a U.K. day, followed by a U.S. day,” he told the American Lawyer.

Leaders interviewed by the publication said exercise is key to withstanding the physical demands of the job. Peter Kalis, managing partner of K&L Gates, says he works out for 60 to 90 minutes on most days, even if it means sacrificing sleep. “I joke that there are very few people in the world who work out as much as I do with less visible effects,” he says.

“I’m an Ambien girl,” Koopersmith said. “I actually look forward to it.”

Others said they don’t take the sleep aid. Stephen Immelt, CEO of Hogan Lovells, said he has a talent for being able to sleep anywhere at any time. The right mindset is also helpful, he said.

“You need to take a Zen approach,” he told the publication. “I’ve gotten much more at peace about it. I always try to get myself into the mindset that I am where I am. Otherwise, air travel will really wear you down.”