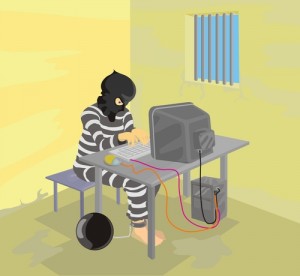 Self-styled critics can review everything from restaurants to restrooms on Yelp.

Add prisons and jails to the list. The Washington Post checked out Yelp and found that six facilities in the D.C. area have earned reviews. And they aren’t the only prisons getting reviews.

California lawyer Robert Miller has critiqued three facilities, and gave five stars to one—the Theo Lacy jail in Orange County, Calif., the story says. Miller liked the cleanliness, the urban setting and the “very nice deputies.”But another prison was only average, with inexperienced officers, and a third had “kind of very firmly rude staff.”

Miller told the Post he does the reviews while waiting for clients. Inmates are also getting in on the action, accusing correctional institutions of mistreatment, rat infestations and mediocre food. Some reviews are suspect.

“At no time did the officer violate any of my constitutional privileges and even gave me a juice box after I said I was thirsty,” one reviewer wrote about the Arlington County Detention Facility. “Yes, you heard right, they have juice boxes! … So if you’re going to get arrested, do it in Arlington County.” The county sheriff, Beth Arthur, told the Post the review was off the mark; there are no juice boxes. Other things referenced in the review also do not exist.