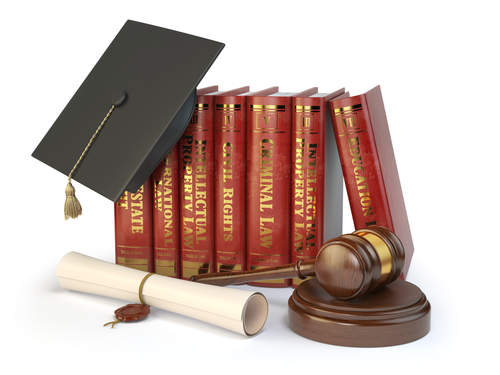 White law graduates get a median annual boost to earnings of about $41,000—a figure that is substantially higher than for minority law grads, according to two researchers.

The median boost to earnings is $34,000 for Asians, $33,000 for blacks, and $28,000 for Hispanics, according to the study, available here. Brian Leiter’s Law School Reports and TaxProf Blog have highlights from the study, which looks at the earnings boost relative to the value of a bachelor’s degree.

Those figures are from the U.S. Census Bureau American Community Survey, known as ACS, using a proxy for law degree holders—those with professional degrees who aren’t employed in the professional fields of medicine, architecture, education, accounting, psychology and the clergy. The study includes law grads who are not practicing law and who did not pass the bar.

The study notes that law grads may have had a higher earnings potential even if they had not gone to law school, so the earnings premium of a law degree could be exaggerated. But the differences found across races would still be correct.

The authors are Rutgers economics professor Frank McIntyre and University of Southern California law professor Michael Simkovic, who made waves with a 2013 study that found the value of a law degree, on average, is about $1 million over a lifetime.

The new study notes that a higher proportion of blacks and Hispanics than whites graduate from the bottom quartile of law schools. But a higher proportion of Asians than whites graduate from the top half of law schools. Since all three minority groups receive less of a benefit from a law degree than whites, the reasons for racial differences in the earnings premium aren’t easy to explain, Simkovic and McIntyre write.

One hypothesis is that minorities are more likely to work in the public sector, where earnings are lower. Minorities could also be disadvantaged by traditional promotion and training practices at elite law firms, some have argued. Family wealth and social connections could also be at play.

For all races, being a lawyer roughly doubles predicted income, the researchers say. They also noted that the law earnings premium has risen over time for all groups expect Asians, whose earnings have largely stagnated. There is also some evidence that black and Hispanic lawyers are catching up to white lawyers.

“Given convergence in earnings over time, younger minorities may be facing a very different environment than that faced by a minority degree holder starting out 20 or 30 years ago,” McIntyre and Simkovic write.