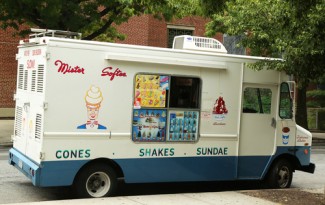 For the past decade, attorney Jeff Zucker says he has never lost a case on behalf of a client whose family began selling ice cream in 1956 from what is now an 18-state fleet of some 600 Mister Softee trucks.

And, so far, his latest litigation, against a former franchisee who has been using the same red-white-and blue color scheme and a similar ice-cream-cone character to sell Master Softee from 10 or more trucks in the New York City area, is no exception.

A federal judge in Manhattan last week ruled that defendant Dimitrios Tsirkos had copied the Mister Softee brand and banned him from using the Master Softee name. Tsirkos is also prohibited from selling ice cream at retail in any manner within five miles of his former Mister Softee franchise area, until February 2016, the New York Daily News reports.

That court order, however, does not appear to have led to an immediate shutdown of sales of Master Softee (marketed as “the world’s best,” in contrast to Mister Softee’s claim of being “the very best”). The newspaper says it spotted Master Softee trucks over the weekend selling ice cream in Manhattan and Queens, New York, and Mister Softee co-owner Jim Conway told the Daily News a private investigator counted 10 of the competing trucks in Manhattan alone on Saturday and Sunday.

Attorney Nicholas Damadeo, who represents Tsirkos, declined to say exactly why the court order banning Master Softee sales apparently was not being honored. But he did note that “the case is still proceeding,” the ban isn’t permanent and his client may appeal.