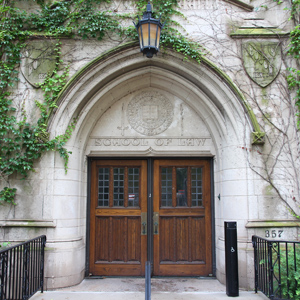 Northwestern University Pritzker School of Law will accept the Graduate Record Examination or the Law School Admissions Test for admissions starting in the fall of 2018 for admissions the following fall, the school announced on Monday.

“We have a nagging sense that there are quite a number of science-trained folks who take the GRE, not necessarily because they have a laser focus on going into graduate school in the sciences, though many will, but because they are equivocating a bit about their next educational phase,” law school dean Daniel Rodriguez told Law.com (sub. req.). “Maybe they would be interested in joint degrees, or want to consider options across a range of professional schools. No one is stopping them from taking the LSAT, but that’s a barrier to entry in some ways.”

The Council sought comments on the matter, and a public hearing was held July 13. Among the comments submitted, one statement (PDF) signed by Rodriguez and other law school deans questioned why accredited law schools needed entrance exams as a condition of enrollment.

The University of Arizona’s James E. Rogers College of Law and Harvard Law School, recently announced they will take the GRE as an entrance exam, and Northwestern’s decision is not surprising. In May Rodriguez said that the school was considering the idea, and a spokesperson for the Educational Testing Service, which designs and administers the GRE, said that it was conducting a national study about the test’s validity with Northwestern and other law schools.