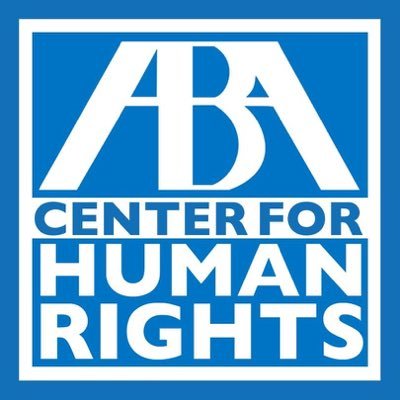 A mass trial in Equatorial Guinea that produced 112 convictions was marred by “egregious procedural irregularities,” according to a preliminary report by a former United Nations official.

The report was prepared for the ABA Center for Human Rights as part of the Clooney Foundation for Justice’s TrialWatch project, according to statements here and here. The ABA center and the foundation are partnering to monitor trials around the world that pose a risk of human rights violations through the TrialWatch program.

The Clooney Foundation for Justice was created in late 2016 by Amal Clooney and her husband, actor George Clooney.

About 130 people were tried for alleged participation in a December 2017 coup and assassination attempt against the president of Equatorial Guinea. Twenty of the 112 convicted defendants received sentences of more than 70 years in prison.

The Center for Human Rights sent five TrialWatch international monitors to observe the trial, which ended with a judgment May 31. Throughout the proceedings, there was an “unrelenting debasement of defendants’ rights,” according to the preliminary report prepared for the ABA center and TrialWatch by Juan Mendez, former U.N. special rapporteur on torture and other cruel, inhuman or degrading treatment or punishment. Mendez is a member of TrialWatch’s expert panel.

“CHR calls upon the Equatoguinean authorities to immediately drop the charges against and release the many defendants whom the prosecution failed to connect to the coup,” the preliminary report said. “With respect to the other defendants, CHR urges the Equatoguinean authorities to review the sentences imposed and either institute proceedings that respect the due process of law or release defendants unconditionally.”

The preliminary report said the president of Equatorial Guinea appointed military judges and prosecutors in the trial by executive decree. The defendants were all charged with the same offenses, without an individualized and detailed explanation of the allegations against them. The defendants also were charged with additional offenses during the trial, including a charge of inciting military sedition. 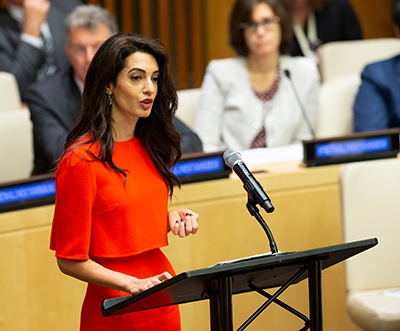 Amal Clooney speaks at the United Nations headquarters in September at a press freedom event. Photo from Shutterstock.com.

Arrested defendants were held incommunicado and not allowed to see a lawyer until the beginning of the trial. During their detention, the detainees were interrogated and reportedly tortured to produce confessions. During trial, defendants testified that they had been beaten, tied up, shocked and denied access to bathrooms and medical services.

Two defendants died in custody, according to the report.

Seventeen defense lawyers were appointed only a few months before trial, and some represented as many as 14 defendants, the report said. The lawyers did not receive notice when trial would begin until four days before the date. The lawyers also were denied access to the entire case file on the ground that it would involve an excessive amount of paperwork.

“At trial,” the report said, “violations of fair trial rights were equally stark, as evidenced by consistently arbitrary rulings against the defense, the insertion of military personnel into a civilian trial, the prosecutor’s reliance on tainted evidence, confusion over the linguistic interpretation of questioning and testimony, and the absence of proof with respect to the majority of defendants who took the stand.”

The New York Law Journal has coverage. TrialWatch spokeswoman Kylie McKenna told the publication that the mass trial is one of the first trials to be monitored and reported on by TrialWatch.