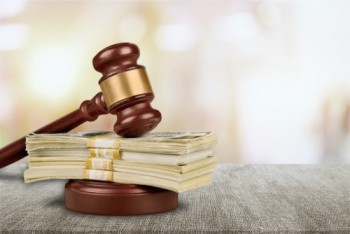 The ABA House of Delegates overwhelmingly approved a set of guidelines Monday evening aimed at stopping incarceration of people solely because they can’t pay court fines and fees.

Robert Weiner, chair of the ABA Working Group on Building Public Trust in the American Justice System, moved Resolution 114 in the House. The resolution adopts the working group’s Ten Guidelines on Court Fines and Fees. The guidelines are provided to jurisdictions as a best-practices guide to avoiding creating debtors’ prisons in the ordinary course of administering justice. The working group that created them was a special project of outgoing ABA President Hilarie Bass.

Weiner said the working group picked fines and fees because they significantly affect public trust in the legal system. More than 30 years ago, he said, the Supreme Court ruled that jurisdictions may not incarcerate people for debt stemming from inability to pay fines and fees. Nonetheless, he said, some jurisdictions use fines and fees to fund municipal governments. The Ten Guidelines is aimed at preventing that, he said.

“And most of all, these guidelines vindicate a fundamental principle that poverty is not a crime,” said Weiner, who also chairs the Section of Civil Rights and Social Justice. “I urge you to adopt Resolution 114.”

“As a former state and federal defender, I have seen firsthand the injustices that routinely occur as our government seeks to cash in on those who can least afford to pay fines and fees,” Hawk said. “This criminalization of poverty must end, … and we, as the ABA, are lead[ing] the way.”