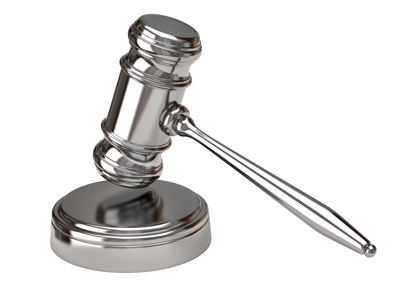 This year marks the 60th anniversary of the Silver Gavel Awards for Media and the Arts, which were established to recognize outstanding efforts to foster public understanding of law through media.

From 19 finalists in eight categories, the Standing Committee on Gavel Awards has selected four pieces of media for Silver Gavels with two others receiving honorable mentions.

“The American Bar Association engages in a rigorous judging process annually to select winners of the Silver Gavel Awards for Media and the Arts,” said Stephen C. Edds, chair of the ABA Standing Committee on Gavel Awards said in a press release. “We congratulate all of the 2017 awardees for their extraordinary efforts to further the American public’s understanding of law.”

In the early years, only films were considered for the Silver Gavel Awards, however, the types of media considered for Silver Gavels have expanded. Awards and honorable mentions are available in the categories of books, commentary, documentaries, drama & literature, magazines, multimedia, newspapers, radio and television—but not every category will necessarily receive an award every year. The 2017 Silver Gavel finalists were selected by a committee of 45 lawyers from 156 entries. The 18-person standing committee selected award winners from those finalists in five categories:

Silver Gavel: Evicted: Poverty and Profit in the American City, by Matthew Desmond.

Honorable Mention: Blood in the Water: The Attica Prison Uprising of 1971 and Its Legacy, by Heather Ann Thompson.

Silver Gavel: Do Not Resist, produced by VANISH Films.

An award ceremony for the winners will be held July 18 at the National Press Club in Washington, D.C.