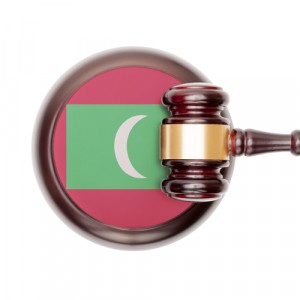 ABA President Hilarie Bass is calling for the release and reinstatement of the chief justice and another judge on the supreme court in the Maldives.

Bass says in a statement that Maldivian Supreme Court Chief Justice Abdulla Saeed and Judge Ali Hameed were detained without due process.

According to news coverage by the BBC, the New York Times and the Wall Street Journal, the judges were arrested on Feb. 5 after Maldives President Abdulla Yameen declared a state of emergency.

Yameen had earlier refused to obey a Supreme Court order to release and retry nine dissidents, including some of his political opponents. Three high court justices annulled their own order the day after the arrests.

A news report had said Yameen sent troops to surround the court, and special operations security officers broke in. Protesters were appearing at the court, and police officers were sending them away. The government maintains the judges were arrested in connection with a corruption investigation.

Bass said in her statement that the safety and security of all judges on the Maldivian bench are essential.