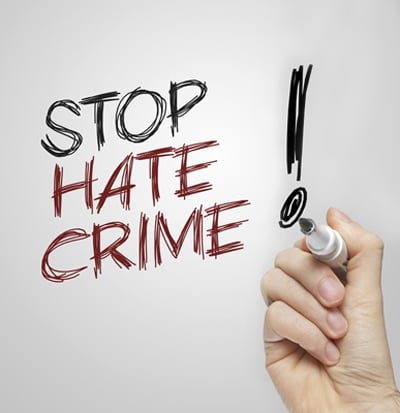 The ABA Center for Innovation will hold a design event in Boston to produce an app that assists victims of hate crimes.

“Legal Design Sprint: Responding to Hate Crimes Through Technology” will be held at Suffolk University Law School on March 20 and is sponsored by the Center for Innovation and Suffolk Law, along with CuroLegal and Stanford Law School’s Legal Design Lab. The all-day event will bring together participants in the legal, technology and design spheres with the goal of creating a mobile app that will allow users to determine whether they are victims of a hate crime and provide them with resources and information to report it.

According to Center for Innovation director Janet Jackson, the project was the brainchild of Nicole Bradick, chief strategy officer at CuroLegal. It is being funded by a $25,000 grant from Cisco.

“Over the last few months, there have been reports—as well as anecdotal evidence—that hate crimes are on the rise and that people are being targeted for their race, religion and sexuality,” says Jackson. “We wanted to do something to help those communities so they could report what’s going on and get the help they need.”

In recent months, law enforcement has reported a rise in hate crimes. In November, the FBI reported that hate crimes in 2015 against Muslims rose by 67 percent compared to the previous year. According to the Southern Poverty Law Center, there was a sharp rise in hate crimes in the immediate aftermath of Donald Trump’s election as president. However, according to USA Today, the SPLC has seen a slight decline since that post-election period.

Crimes against Jewish people seem to be on the rise, as there have been multiple bomb threats to Jewish community centers and incidents of vandalism at Jewish cemeteries, ABC News reports. On Friday, the Washington Post reported that a Missouri man had been arrested and accused of making some of the threatening calls as part of a campaign of harassment against an ex-girlfriend. An FBI spokeswoman told the Post that the agency did not believe that Juan Thompson, a former journalist for the Intercept, was responsible for all the threats or for vandalizing cemeteries.

Jackson hopes the app will address one of the main impediments for hate crimes reporting. “One of the biggest obstacles for victims is not being able to find all of the information they need in once place,” says Jackson. “Our hope is that the app will walk victims through how to report a hate crime and what resources are available, locally, to help them. We want something that can be used nationally, but also locally.”

Mark Chandler, senior vice president and general counsel of Cisco and member of the center’s governing council, points out that while there’s a lot of information available to victims of hate crimes, it is not well-organized or easily-accessible.

“The goal is to provide, through one tool, an easy way for folks to figure out whether their rights have been violated; what they can do; and how to get help,” says Chandler. “Those three different steps can be very complicated, and what we hope is that the app will make them all accessible with one stop.”

According to Jackson, the invitation-only event currently has approximately 20 to 25 participants signed up, with room for more. The goal of the event will be to design an app that can be used by both Android and iOS users; however, Jackson left open the possibility that it could web-based. “That part will be determined,” says Jackson. “Once we talk to all of the experts there, then we’ll decide what the best course of action is.”