As ABA cuts hit entities and outside legal groups, one committee loses 97% of funds

The ABA is experiencing shrinking pains as it sheds staff and cuts budgets of some of its entities in response to dropping revenues caused by a decline in dues-paying members.

Among the groups feeling the pain is the ABA Standing Committee on the American Judicial System, which has been hit with a 97 percent funding cut in the budget year that begins in September. New members have been named and its leadership reappointed, but the committee leadership is unsure how it can continue as a separate entity.

“Without funding or staffing, we are essentially defunct as a stand-alone committee,” the standing committee leaders wrote in a July 27 letter announcing their resignations. It is unclear, the letter says, whether the committee will be moved to an ABA section or division, or whether the expectation is that it will cease to function.

The standing committee is among 10 ABA entities and other groups that appealed funding cuts to the Board of Governors Finance Committee in June. Each entity was given no more than $8,600 in funding for meetings where alternative funding sources could be considered. Eight entities appealed to the Board of Governors, which denied requests for more funding, according to ABA Executive Director Jack Rives. He emphasized that the board “didn’t knock anything out of existence.”

“We do want these entities to continue to survive,” he told the ABA Journal. “We just have to reduce the level of general operations support.” He adds that the Standing Committee on the American Judicial System will receive administrative support from the ABA’s Judicial Division in fiscal year 2019.

In November 2016, the Board of Governors decided to review program funding based on priorities. “Difficult decisions have to be made,” Rives said. “And that’s always true. We’ve got a huge variety of very worthy causes, and it is important for the Board of Governors to make the decision on how to spend the money most wisely.”

The budget cutting comes amid the ABA’s efforts to deal with declining dues revenues through staff buyouts and layoffs, a massive restructuring aimed at operating more efficiently and less expensively, and consideration of a new model for ABA dues that is designed to attract more members.

The current general operating budget for the association is $96.1 million, down by about $20 million from fiscal year 2014. Another $5 million will be cut in the next fiscal year that begins in September. After staff reductions, the ABA had 856 staff members, the smallest number since 1996, the Board of Governors Finance Committee learned in June.

The staff cuts and reorganization saved about $4.5 million, Rives said. The Board of Governors Finance Committee also sought about $2.5 million in programmatic cuts, though “there was never a firm and inelastic goal,” Rives said.

Rives said priorities were set with an eye toward member value. Established earlier this year, the funding priorities are:

• Whether the program serves existing members.

• Whether the program attracts new members.

• Whether the program duplicates an existing program.

• Whether the program is successful, based on data and other evidence.

• Whether the ABA is the only organization that can and should oversee the program.

• Whether the program has sources of funding other than ABA general operations funds.

Decisions on entity budget cuts were made in May. The entities were immediately informed and advised of the appeals process, Rives said. Most of the entities appealed, Rives said.

Even legal organizations that had relied on the ABA for support are feeling “a ripple effect,” the Indiana Lawyer reports. They include the National Association of IOLTA Programs, which will receive reduced staff support from the the ABA Commission on IOLTA. Another group is the National Judicial College, which is among the 10 groups that appealed funding cuts.

Some of the groups with funding cuts could remain alive. One example: The Standing Committee on Gun Violence would seek funding through a special fund set up by the ABA Fund for Justice and Education, according to a fund proposal. Another proposal would transfer $50,000 in investment revenue from the FJE endowment to offset cuts next year to the ABA Legal Opportunity Scholarship Fund.

Some entity projects may be aided or picked up by ABA sections and divisions. Also, some groups hit with budget cuts already have outside funding, such as the National Judicial College.

The college had sought reinstatement of $75,000 of a $100,000 funding cut by the ABA. Benes Aldana, president and CEO of the National Judicial College, told the ABA Journal in a statement that “we understand the predicament” of the ABA, which has supported the college financially for its entire existence. But the reduction “was especially difficult for us because it came in the middle of our fiscal year,” he said. “These funds were already spent or allocated.”

Aldana described the ABA as “a friend” and said the college supports the association. “We simply sought to remind leadership that at a time when democratic institutions face relentless attacks, a strong and independent judicial system could not be more important,” he said. 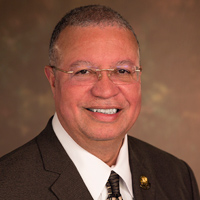 The standing committee had sought full funding of nearly $310,000, and was given $8,600 for meetings. Stepping down at the ABA Annual Meeting on Aug. 7 are the committee chair, retired Judge Herbert B. Dixon Jr. of the D.C. superior court, and two subcommittee chairs, San Diego lawyer Dick Semerdjian and retired U.S. District Judge Shira Scheindlin. Dixon is a member of the ABA Journal Board of Editors.

Dixon criticized the cost-cutting process in an interview with the ABA Journal. “The decision to initially defund these committees came out of the blue,” Dixon said. The standing committee didn’t know of any issues until it received a May email about the defunding recommendation. The committee’s appeals were heard on June 21 and 22.

Though Dixon learned through cocktail party discussions that the Board of Governors would not reinstate the budget, written confirmation didn’t come until early July. The day before Dixon received the notice, the standing committee’s chief counsel and program assistant were told they were being laid off, though the chief counsel has continued to help plan the committee’s meeting in conjunction with the ABA Annual Meeting.

Dixon described a concerted effort to appeal before the June 21 and 22 meetings, followed by “diligent efforts” to find other sources of help. “We could literally find nothing,” he said.

Dixon believes budget discussions are being conducted in good faith, but he fears priorities weren’t considered. The standing committee should not be eliminated, he said, unless the ABA has already decided it is not a priority “to be in the forefront of responding to judicial attacks” and issues related to judicial independence, he said.

Dixon didn’t know whether additional entities are in line for reduced funding. But he suspected that more cuts are ahead. “I think that was just the first round of efforts at cost-cutting,” he said.

Asked whether more cuts were ahead, Rives said he doesn’t believe there will be another big series of cuts like the ones made this year.

But Rives does point out that the Board of Governors will be spending more money on a new membership model, membership benefits and marketing to attract dues-paying members. Rives reported in February that the ABA has 412,499 members, 70 percent of whom are lawyers. Another 26 percent are law students, who do not pay dues if they are enrolled in ABA-approved law schools. New bar admittees also receive a year of free membership.

The new membership model will focus on bundling benefits and reduce ABA dues categories from 157 to five.

“We are a very healthy organization overall,” Rives said. He pointed to the ABA’s membership numbers, its $300 million in liquid assets, and a $210.9 million operating expense budget. “I daresay that other associations would love to have problems that come with this,” he said.

Clarified on Aug. 1 to state that the chief counsel and program assistant of Dixon’s committee were told they were being laid off the day before he received official notice that the Board of Governors had denied the funding appeal.