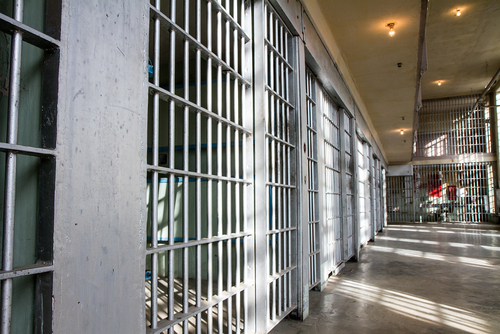 The ABA House of Delegates on Tuesday approved a late-offered resolution backing a ban on mandatory minimum sentences, while sponsors withdrew another late sentencing resolution after hearing from the U.S. Justice Department.

Delegates approved Resolution 10B, which opposes the imposition of mandatory minimum sentences in any criminal case. The resolution calls on Congress and state legislatures to repeal laws requiring mandatory minimums and to refrain from adopting such laws in the future.

A report to the House of Delegates notes that the United States imprisons its citizens at a rate about five to eight times higher than the countries of Western Europe and 12 times higher than Japan. In the 25 years since the adoption of mandatory minimums for drug offenses and the U.S. Sentencing Guidelines, the average federal sentence has tripled in length, according to the report.

“Sentencing by mandatory minimums is the antithesis of rational sentencing policy,” the report says. Basic fairness and due process require sentences to be the same among similarly situated offenders and proportional to the crime, the report says.

Though the ABA is on record for opposing mandatory minimums, the resolution “is timely and it is indeed urgent” because Congress is considering a number of bills that would impose new mandatory minimums, according to Kevin Curtin of the Massachusetts Bar Association.

The withdrawn proposal, Resolution 10A, would have urged the Department of Justice to rescind a policy adopted in May by Attorney General Jeff Sessions. The Sessions policy directs federal prosecutors to charge and pursue the most serious, readily provable offense, unless they get approval of superiors to deviate from the policy. The ABA resolution urges that the department reinstate policies permitting federal prosecutors to make individualized assessments in each case.

The policies rescinded by Sessions had instructed prosecutors to pursue mandatory minimums and enhanced sentences only when the defendant had a leadership role in an offense, had used or threatened violence, had a significant criminal history or had ties to large-scale drug trafficking organizations; or to avoid a gross sentencing disparity with defendants who are equally or more culpable.

Neal Sonnett, representing the ABA Criminal Justice Section, explained why the proposal was withdrawn. The Justice Department has a designated seat within the section, but it did not voice an objection until Monday afternoon, he said.

The department indicated it believed there were errors in the section report and it wanted to continue discussions, Sonnett said. The section withdrew the resolution to allow for those discussions and intends to bring it back to the House at the ABA Midyear Meeting in February.

A report to the House of Delegates said Sessions’ decision will lead to increased use of mandatory minimums for low-level and nonviolent drug offenders and a rise in incarceration.

“The draconian charging and sentencing policies urged by Sessions are a throwback to the policies of limited prosecutorial discretion and increased mandatory minimum sentences—policies that did not work—and are in stark contrast to the progressive trend in policies over the last 10 years,” the report says.