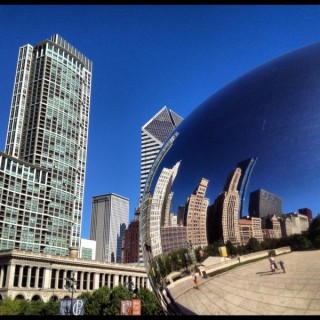 The policymaking ABA House of Delegates will be asked to consider the needs of younger lawyers in a tough job market when it considers changes to the association’s model ethics rules for lawyers on Monday.

The ABA Commission on Ethics 20/20 was appointed in 2009 to study the impact of technology and globalization on the legal profession. It has completed its task and is asking the House to approve a series of changes in the ABA Model Rules of Professional Conduct.

One proposal makes it easier for young lawyers to move to new jurisdictions without taking the bar exam. The measure would amend the ABA Model Rule on Admission by Motion to say that lawyers seeking to practice in a new jurisdiction through this procedure need to have actively practiced law for only three of the past five years. The previous version of the rule required active practice for five of the last seven years.

Another new model ethics rule would allow lawyers moving to a new jurisdiction to practice there for up to a year, subject to some restrictions, while seeking admission to the bar. The new ABA Model Rule on Practice Pending Admission would allow lawyers to practice in the new state if they have an active license in another jurisdiction and have been engaged in the active practice of law for three of the last five years.

Some proposed ethics changes take account of technology’s impact, including amendments dealing with Internet-based lead generation, duties to prospective clients when discussions are online rather than oral, and lawyers’ obligations when they receive digital documents containing metadata. Lawyers who would like to steer clear of technology issues would get a warning in a proposed new comment to Rule 1.1 on the duty to provide competent representation. Lawyers have a duty to keep abreast of the benefits and risks associated with technology, according to the proposed language.

The Commission on Ethics 20/20 decided against recommendations that would allow nonlawyers to have some form of limited ownership in law firms, but the issue is still scheduled to come before the House in a resolution proposed by the Illinois State Bar Association and the Senior Lawyers Division. They want the House to reaffirm ABA policy against nonlawyer ownership of law firms.

The 560-member House of Delegates will meet Monday and Tuesday to close out the ABA’s Annual Meeting in Chicago. During the policymaking sessions, the ABA will honor Morris Dees, co-founder and chief trial attorney of the Southern Poverty Law Center. Dees is to receive the ABA Medal, the association’s highest honor.

Other resolutions on the agenda include:

• Oppose laws that prevent physicians from talking to their patients about gun ownership and firearms safety.

• Amend ABA policy against racial and ethnic profiling by police to state that religious profiling should also be banned.

• Call on lawmakers to consider extending statutes of limitation for child sexual abuse.

• Urge federal agencies to pursue regulatory cooperation with their foreign counterparts. A report to the House says awareness and participation in foreign regulatory processes can help U.S. agencies maintain the safety of food and drugs and remove barriers to trade and exports.