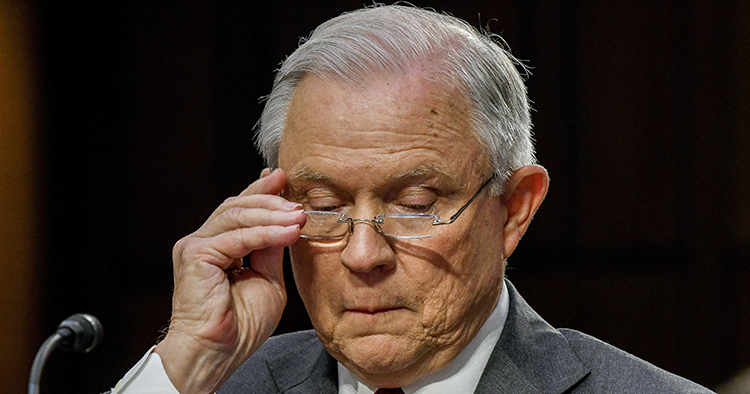 The letter (PDF) is dated Nov. 30, nearly two weeks after President Donald Trump announced a ninth wave of U.S. attorney nominations. Of the 57 U.S. attorney candidates announced so far by the Trump administration, one was black and three were women, Newsweek reported.

The letter acknowledges that senators representing states in which U.S. attorneys are to serve have long had the prerogative to make recommendations for appointments. But the attorney general who will oversee the U.S. attorneys “also has influence over the process,” the letter says.

“We are greatly concerned that a lower percentage of women and people of color have been appointed to these positions in the past year than in previous administrations—both Democrat and Republican,” the letter says. “That is why I am writing you to ask that you take an active role to help ensure that the cadre of U.S. attorneys appointed in this administration is more reflective of the legal profession and our society.”

The letter says equal numbers of men and women are graduating from law school, but the profession is 65 percent male and 85 percent white. Progress in achieving diversity “has been uneven, slow, and concentrated in low- and mid-level legal jobs,” Bass writes. “Racial and ethnic groups, sexual and gender minorities, and lawyers with disabilities continue to be underrepresented and face hurdles to advancement throughout the profession.”

“Our failure to achieve a diverse justice system despite the ever-increasing multiculturalism of our nation invites a crisis in public confidence,” the letter says. “A justice system that is not representative of the diverse community it serves risks losing its legitimacy in the eyes of those who come before it.”