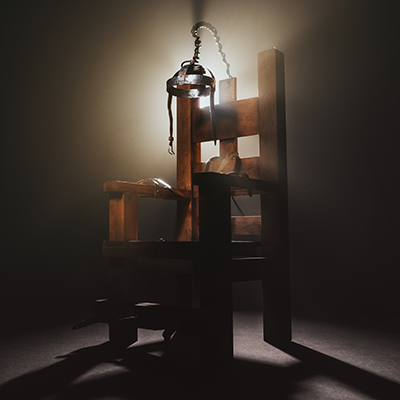 Corrected: In 2015, ABA attorneys noticed a major gap in resources for lawyers who defend capital cases: clemency information. Defendants who have exhausted their direct appeals and habeas petition rights often ask governors for mercy—but there wasn’t a lot of information available about how to do that effectively.

“In every state that we studied, there were insignificant resources for and attention paid to clemency, leaving it … too hollow to be comfortable for our profession,” says Misty Thomas, director for the Death Penalty Due Process Review Project. Thomas notes that the ABA has no position on the death penalty—but “if we’re going to have the death penalty, every single stage should be robust and meaningful.”

Thomas and her colleagues created a resource to make the clemency stage more robust. The Capital Clemency Resource Initiative, a project of the ABA’s Death Penalty Due Process Project, the Death Penalty Representation Project and the Commission on Disability Rights, launched last week. It offers state-specific information about clemency in death penalty states, plus past petitions, court decisions, academic papers and ABA policy on the subject.

It also offers training materials, including a book written for the project, Representing Death-Sentenced Prisoners in Clemency: A Guide for Practitioners. Laura Schaefer, an author of the book and a staff attorney for the Death Penalty Representation Project, says it’s a manual for lawyers who handle capital cases—including pro bono lawyers that the project recruits and trains. Access must be approved by the ABA staff because it’s only available to death penalty defense lawyers. However, Schaefer says another goal of the website is to educate.

“One part of what we are trying to do is increase public understanding of the clemency process in capital cases … and how it’s supposed to catch wrongful sentences,” she says.

Clemency is a catchall term for pardons, commutations and other acts of mercy from state executive branches. Thomas says most death penalty prisoners ask for their sentences to be commuted to life sentences. These requests—which in some states are automatic—often go through governors, state parole boards or both, and one hurdle for practitioners is knowing what the process is. Another, she says, is that lawyers must adjust their strategies for an audience that may not have a strong legal background.

Thomas says there are good reasons to consider those requests. In some cases, prisoners with intellectual disabilities or mental illness were convicted before advances in brain science cast doubt on their culpability. For prisoners who have been on death row for decades, age-related disability can also be an issue, as it is in an Alabama case the U.S. Supreme Court took up in February. The heavy involvement of disability issues in these cases is one reason the Commission on Disability Rights was part of the project.

And Schaefer says the rate of clemency grants for death-penalty defendants seems to have grown in the past few years. Clemency-related matters put the brakes on about five executions in 2017, she says. And in February, NBC says Texas granted clemency to inmate Thomas Whitaker on the eve of his execution—which Schaefer says is “almost unheard of.”

“I think we’re starting to see an upward trend in capital clemency grants, which means that being prepared to represent someone zealously in that process is all the more important now,” she says.