Updated: The American Bar Association has begun mobilizing in defense of the Legal Services Corp., which would be eliminated in President Donald Trump's recently released budget.

In addition to ABA President Linda A. Klein’s statement on Thursday emphasizing the importance of the LSC’s mission, the ABA has launched a new social media campaign in defense of the nonprofit established by Congress in 1974 to provide financial support for civil legal aid to low-income Americans.

And at the ABA Techshow 2017 on Friday, an effort to get legal services vendors to support preserving the LSC won loud applause from an overflow crowd in a Chicago Hilton ballroom.

A Friday Facebook post by the ABA Center for Professional Responsibility calls upon LSC supporters to register as “Legal Aid Defenders” on a new website, DefendLegalAid.org.

As Klein told the ABA Journal: “Establishing justice is a founding principle of our nation and should not be denied because a person can’t afford basic representation in civil matters such as housing, domestic violence and veterans’ needs. Support for the Legal Services Corp. is bipartisan because guaranteeing representation to all is not a political issue, but an issue of fairness. It benefits every congressional district and returns far more on every dollar spent than it costs.

“The American Bar Association is urging everyone to take a minute to participate in our grassroots campaign at DefendLegalAid.org, which makes it easy for all who care about equality in the legal system to ask their members of Congress to provide funding for LSC,” Klein said.

When visitors to DefendLegalAid.org fill out the form on the site, they are asked to express in their own words why they support the LSC’s mission, and then to identify their state and member of the U.S. House who represents them. The personal messages will be printed out and hand-delivered by the ABA, so that congressional members will receive comments from their own constituents. This is a sample of what the Legal Aid Defender cards will look like.

“The ABA is excited for our advocates to walk into congressional offices with a stack of Legal Aid Defender cards from the member’s state/district to demonstrate the incredible support for LSC that exists in every community,” the center wrote in its Facebook post.

People who sign up as Legal Aid Defenders will also be added to a list of contacts for action alerts, which the ABA will send out when an important vote or other development in Congress becomes imminent, giving instructions on how individuals can help.

The ABA Governmental Affairs Office released a video on Twitter highlighting that the LSC provides legal services for 1.9 million low-income Americans while only requiring 1/10,000th of the federal budget. “Will you let Congress kill LSC? Become a Legal Aid Defender,” the video urges.

LSC supporters are also being encouraged to use the hashtag #LegalAidDefender in social media posts to amplify their message, as the ABA’s main Twitter account is doing. The Connecticut and Massachusetts state bar associations have already used the hashtag to tweet their support for the ABA’s defense of the LSC.

For those who want to find additional ways to improve access to justice and support legal aid, the ABA Standing Committee on Legal Aid and Indigent Defendants has created the HelpLegalAid.org webpage. 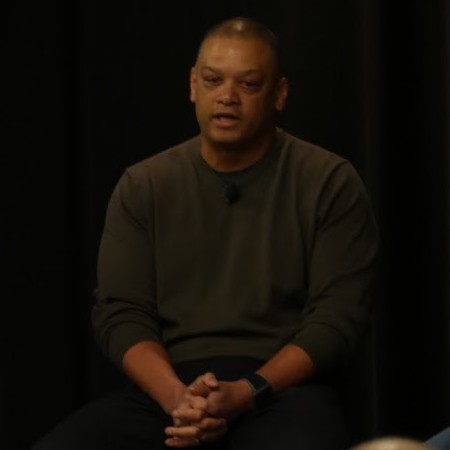 At the Techshow keynote event, featuring Avvo CEO Mark Britton, RocketLawyer CEO Charley Moore and LegalZoom CEO John Suh, an audience member asked what the three companies would do to support efforts to block defunding of the LSC. Judy Perry Martinez, who was moderating the session, announced that the three CEOs had agreed to sign a letter of support for the LSC.

Martinez, who is a member of the ABA House of Delegates and of the ABA Task Force on Building Public Trust in the American Justice System, said all vendors at the Techshow have been asked to sign the letter, which is currently being drafted.

Britton said his firm has crafted a letter to news media editors challenging the defunding. He said it has been unable to get a major media outlet to run the letter, and he decried what he called a lack of reporting on the issue in the wake of all the federal budget cuts announced Thursday.

Speaking of legal representation, Moore said: “It’s cornerstone; it’s bedrock. If you can’t afford an attorney, you don’t live in a democracy.”

Legal aid for low-income Americans has been targeted for elimination! You can save LSC! Become a #LegalAidDefender https://t.co/PEyL1ewRAu pic.twitter.com/f2en1DYUK6

The Legal Services Corporation is under attack. Stand up for LSC and become a #LegalAidDefender: https://t.co/zGbWj0OskV pic.twitter.com/1iNayaBM1n

Updated at 2:21 p.m. to add Linda Klein’s more recent statement, and at 3:07 p.m. to include coverage of the ABA Techshow event.

Updated on March 20 to correct the proportion that the LSC requires of the federal budget to 1/10,000th.