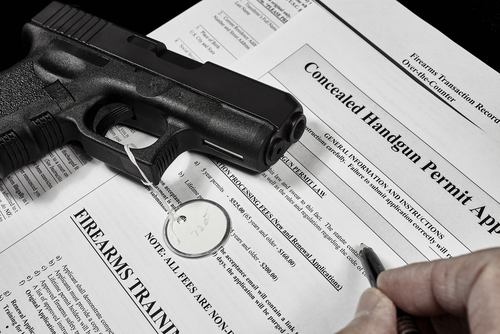 The bills pending in the U.S. Senate and House of Representatives mandate national reciprocity for concealed carry permits issued under state law. ABA President Linda A. Klein calls the legislation “a dangerous proposal” that would tie states’ hands in setting concealed-carry standards.

All states allow some form of concealed carry, but standards vary, Klein said. The reciprocity requirement “offends deeply rooted principles of federalism where public safety is traditionally the concern of state and local government,” Klein says in the letters (PDFs) here and here.

If the proposal were to become law, “a state’s ability to consider safety factors—such as age, evidence of dangerousness, live firearm training, or criminal records—would give way to other states’ less stringent requirements,” Klein said. “Unlike some efforts of Congress to create minimum safety standards, this bill could lead to no safety standards as more states enact laws to allow persons to carry concealed firearms without a permit.”