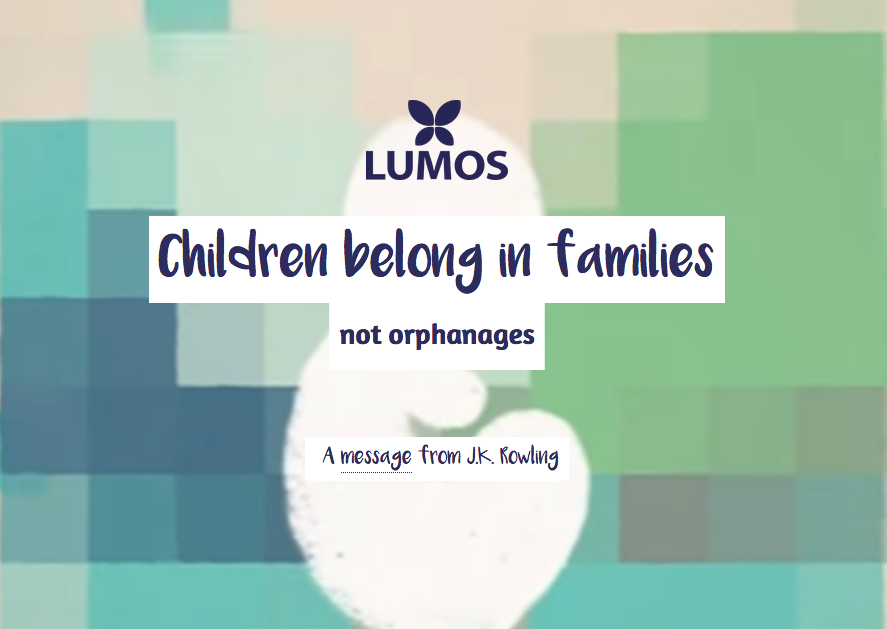 Screenshot courtesy of the Lumos Foundation.

The ABA is partnering with the Lumos Foundation to hire two social workers to provide services to immigrant children who have been reunited with their families.

Lumos is an international children’s rights organization founded by Harry Potter author J.K. Rowling. The social workers will assess the needs of the children, help them and their families adjust after separation and detention, and find resources to support them, according to an ABA press release. A Lumos press release is here.

“The ABA and Lumos both work hard to protect the most vulnerable among us,” ABA President Bob Carlson said in the press release on Monday. “Now, for the first time, we will combine our missions and expertise to achieve together what we could never achieve separately.”

The ABA operates the South Texas Pro Bono Asylum Representation Project, which provides legal services for about 13,000 unaccompanied immigrant children per year detained in the McAllen-Brownsville area in Texas.

This is the second ABA partnership with outside groups announced this month. On Dec. 5, the ABA announced it is partnering with the Clooney Foundation for Justice and Columbia Law School to monitor trials around the world that could oppress vulnerable groups, silence speech or target political opponents.

“This is a perfect melding of two groups that come to the same place from different perspectives,” Carlson said.

Georgette Mulheir, Lumos CEO, said: “Children belong in families, not detention centers, orphanages and other institutional settings. Over 80 years of research shows the harm institutionalization causes children and the severe impact on their health, development and future life chances. Lumos is delighted to partner with the ABA to provide essential social work support to children who have been through the traumas of separation and detention.”