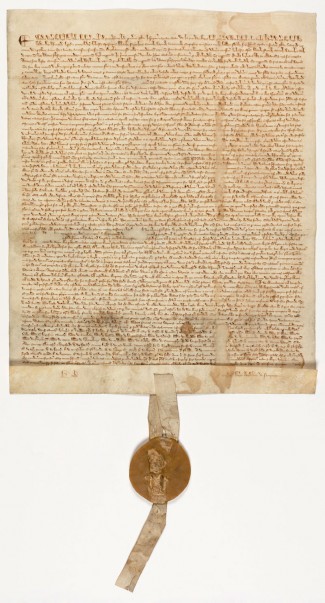 The ABA has begun planning to mark the 800th anniversary of the signing of Magna Carta with a series of events in the United States and the United Kingdom in 2015.

Planning for the events is being coordinated by the Magna Carta 2015 Committee, chaired by Immediate Past President Stephen N. Zack.

Magna Carta is seen as one of the earliest statements on fundamental individual rights in Anglo-American law, and many scholars say its principles are just as important in shaping the rights of U.S. citizens as those of their British cousins. Moreover, when England’s King John signed Magna Carta on June 15, 1215, to settle a power struggle with his barons, he affirmed the notion that no one, not even a monarch, is above the law.

“The signing of Magna Carta is an important civics lesson to teach and remind all Americans about the rule of law,” said Zack in an interview with the ABA Journal following today’s meeting of the planning committee during the association’s 2012 Annual Meeting in Chicago.

A likely theme for Law Day in 2015 is the legacy and lessons of Magna Carta, said Zack, who is administrative partner in the Miami office of Boies, Schiller & Flexner. William C. Hubbard, a partner at Nelson Mullins Riley & Scarborough in Columbia, S.C., who is running unopposed to serve a one-year term as ABA president in 2014-15, said he would strongly support Magna Carta as a Law Day theme.

The ABA’s Magna Carta Committee also is looking at possible partnerships with other groups, including the Law Library of Congress and British legal associations, to hold educational and ceremonial events to mark the anniversary. Zack said ceremonies also would be held at Runnymede outside of London, where King John met with his barons to sign Magna Carta.

The ABA dedicated a monument to Magna Carta at Runnymede in 1957, and held rededication ceremonies there when it held annual meeting sessions in London in 1971, 1985 and 2000. The memorial, however, “is badly in need of repair,” Zack said.

The commemorative events being planned for 2015 will not be held as part of that year’s annual meeting, Zack added. “There are no plans for a full-fledged London session of the annual meeting,” he said, in light of economic considerations and feedback from members indicating that they prefer that the association’s major meetings be held in the United States. Instead, said Zack, funding for the Magna Carta commemorative events will come primarily from private donors.