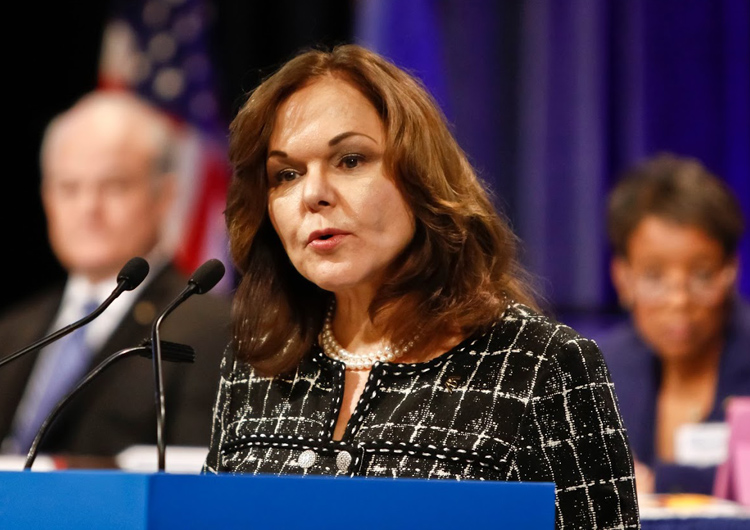 The Legal Services Corp. will get an additional $25 million, for a total of $410 million in fiscal 2018, Bass said in a statement. President Donald Trump signed the bill on Friday, the New York Times reported.

In the past, Trump has proposed defunding the LSC.

“The ABA is encouraged that Congress understands the importance of LSC to the lives of their constituents,” Bass said in the statement. “LSC helps more than 1.8 million low-income Americans nationwide gain access to the courts for cases involving domestic violence, disaster relief, housing, veteran benefits, and child custody. The extra funding will allow LSC to assist at least an additional 100,000 people.”

The $410 million appropriation is the highest since 2010.

“Even with this welcomed increase, more funding is needed,” Bass said. She cited a study finding that low-income Americans had received inadequate or no legal help for 86 percent of their civil legal problems in the prior year.

The ABA is requesting LSC funding of $482 million for fiscal 2019, an amount that would match the funding level for fiscal 2010 when adjusted for inflation.

Bass also applauded the appropriation of an additional $2.3 million that she said would be used “to correct deficiencies in the Department of Education’s efforts to educate and certify borrowers about their eligibility for the federal Public Service Loan Forgiveness program.” Bass said “full transparency and access to information” about the program is important.

The ABA has filed a lawsuit contending the Education Department reneged on its commitments to public service lawyers who had qualified for the loan forgiveness program.