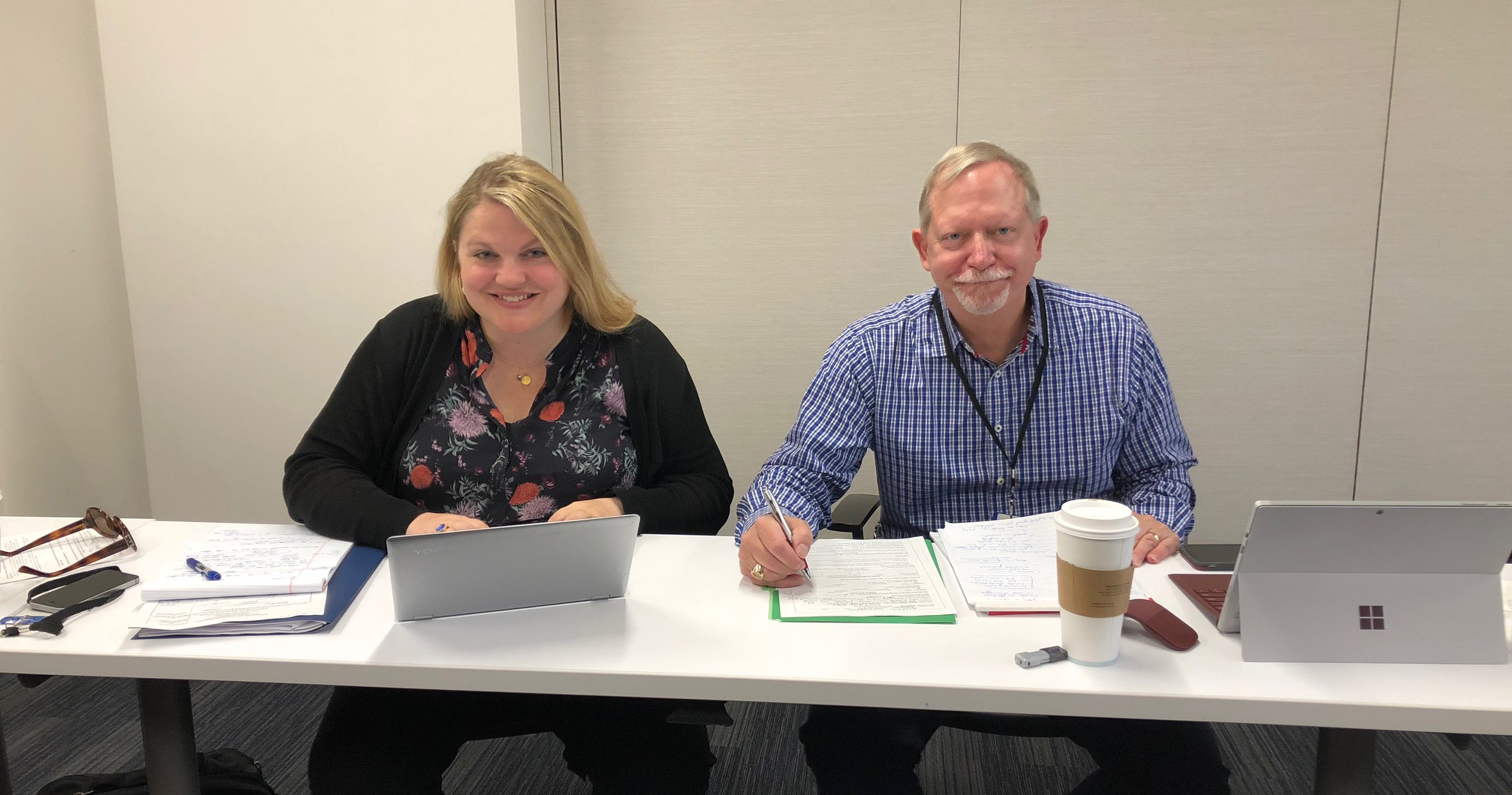 Two months ago, then-ABA president Hilarie Bass went to South Texas to see the effects of the Trump administration’s family separation policy. There, she promised that the ABA would not stop working until every family was reunited and every detainee was given the due process they’re legally entitled to.

“The [ABA’s] policy supports protection of our borders, but in a fair and humane way,” says Carlson, of Corette Black Carlson & Mickelson in Butte, Montana. “We want to make sure that people get the due process that they’re entitled to under the Constitution.”

Carlson is part of a delegation of volunteers from the ABA that also includes president-elect Judy Perry Martinez of New Orleans, Louisiana; ABA Commission on Immigration director Meredith Linsky; attorney Jaime Hawk of Seattle; and attorney Jennifer Bailey of Maine. All five have been working for ProBAR all week, helping immigrants detained at the Port Isabel Detention Center lay the groundwork for their cases.

Most are claiming asylum, Carlson says, so his job is to understand why they fled their home countries and what kind of cases they might have. If they haven’t yet had a credible fear interview, the first step toward asylum, the volunteers tried to prepare them; for those who have had the interview, the volunteers asked what was said.

Carlson says the need is great. ProBAR is expecting to serve about 13,000 unaccompanied minors in 2018, up from about 11,000 the year before. That doesn’t count the adults the project also serves.

“Immigration proceedings are complex and involve issues that have life-and-death consequences,” Carlson notes. “The government has a lawyer, and a number of these people do not. And there are language issues and there are understanding-the-law issues.”

Carlson planned to step aside from the pro bono work Thursday in order to visit the federal courthouse in McAllen, Texas, to observe criminal prosecutions of immigrants there and visit a shelter for unaccompanied minor immigrants.

Carlson urges other lawyers to volunteer their time if they can. ProBAR is in particular need of Spanish-speaking attorneys, as well as lawyers with immigration experience who can stay in South Texas for a month. However, he says, volunteers don’t necessarily have to leave home to help. Because many of the asylum-seekers ProBAR helps will ultimately go to live with relatives in other parts of the country, pro bono work will be needed around the United States. Interested attorneys can find volunteer opportunities through the ABA or through an ABA partner, the Immigration Advocates Network.

ProBAR is also adding considerable staff in Texas, seeking Spanish-speaking lawyers and paralegals with experience or interest in immigration law.