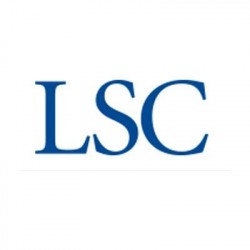 Bass submitted her testimony to the U.S. Senate Appropriations Subcommittee on Commerce, Justice, Science, and Related Agencies on Wednesday on behalf of ABA members. Bass praised the subcommittee for recently restoring partial funding to LSC, a government-formed nonprofit that funds civil legal assistance for the nation’s poor.

However, she said, LSC’s funding still lags behind its most recent peak in 2010—$482 million in 2018 dollars. Demand is up, she said—the number of people who qualify for LSC-funded services has risen 25 percent since 2007. Low interest rates and lower principal balances have also driven down legal aid funding that comes from interest on lawyers’ trust accounts, the testimony notes. And the need is out there, Bass says. Her testimony cites the opioid crisis and predictions about a bad hurricane season later in 2018 as drivers of demand for LSC’s help.

ABA studies collected by the Standing Committee on Legal Aid and Indigent Defendants have shown that LSC funding has a good return on investment. The testimony notes that a 2015 report on Alabama Legal Aid found an $8.84 return for every dollar spent. Legal aid offices also routinely help constituents who call their elected representatives for help, Bass told the senators.

And LSC has the support of the U.S. Supreme Court, she said. She cited statements from the late Justice Antonin Scalia as well as testimony during the confirmation of his replacement, Justice Neil Gorsuch. During his confirmation hearings, Gorsuch cited statistics from the World Justice Project that ranked the United States 26th among 102 nations for access to civil justice—the problem LSC funding attempts to solve.

Fully funding LSC’s budget request of $564.8 million would be “a more laudable trajectory for achieving the pledge of justice for all,” Bass’s testimony says. She noted that the economy has improved since that year, and that reducing federal funding burdens state and local governments with closing the gap.

“Funding for equal justice under federal law cannot be shouldered by state and local governments as an unfunded mandate,” she said. “The federal government should contribute its fair share. That can only be accomplished through funding the Legal Services Corporation.”