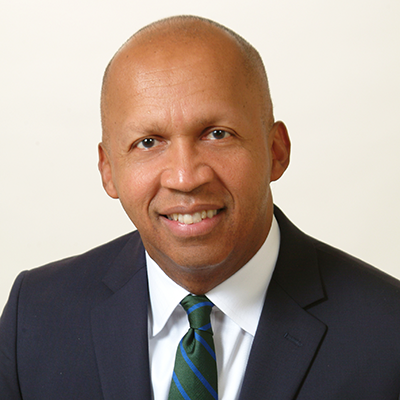 Bryan Stevenson will also be the keynote speaker at General Assembly during the ABA Annual Meeting in August. (Photo by Paul Robertson.)

Bryan Stevenson has made a career out of representing “the broken people,” as he put it in his autobiography, Just Mercy. His Equal Justice Initiative, founded in 1994, focuses on representing people who may have been denied a fair trial because of their youth, race or other circumstances.

In recognition of that work, the ABA will award Stevenson its highest honor, the ABA Medal, at this year’s annual meeting in Chicago. The ceremony will take place on the afternoon of Aug. 4.

“We are proud to add Bryan Stevenson to the distinguished list of ABA Medal winners for his outstanding leadership and tireless efforts in protecting basic human rights for the most vulnerable in American society,” ABA President Hilarie Bass said in a press statement. “Bryan has spent his career in service of others and is a widely acclaimed public interest lawyer dedicated to helping the poor, the incarcerated and the condemned.”

After finishing law and government degrees at Harvard and spending several years at the Southern Center for Human Rights, Stevenson founded the Equal Justice Initiative in Montgomery, Alabama. There, he and his team have represented young people sentenced as adults; death row prisoners claiming innocence; abused prisoners and mentally ill people; and defendants subjected to sentences EJI argues are excessive. Several cases have gone to the U.S. Supreme Court; in 2012, that court ruled in an EJI case that it’s unconstitutional to sentence youth 17 and under to life in prison without the possibility of parole.

Earlier this year, Stevenson opened the National Memorial for Peace and Justice in Montgomery, as well as the related Legacy Museum: From Enslavement to Mass Incarceration. The memorial honors more than 4,000 African Americans who were lynched in the South from 1877 to 1950. The museum illuminates the African American experience with slavery, race-based terrorism, segregation and more.

Stevenson’s been honored by the ABA before, with the John Minor Public Service and Professionalism Award, and has also won a MacArthur “genius grant”; the Olaf Palme Prize for human rights work; and the ACLU’s National Medal of Liberty. In addition to his work at the EJI, he is a clinical professor at the New York University School of Law.

“It is deeply meaningful to me that the ABA would honor work that helps the indigent,” Stevenson said in the ABA’s statement. “As someone who never met a lawyer until I got to law school, I’ve come to appreciate more and more the power of the law to protect the rights of the disadvantaged and lawyers to be agents of justice and understanding.”

Be on the lookout for the Aug. issue of the ABA Journal, which will have a feature about Stevenson and his work.